Forecasting the road to next year’s Rio Olympic Games 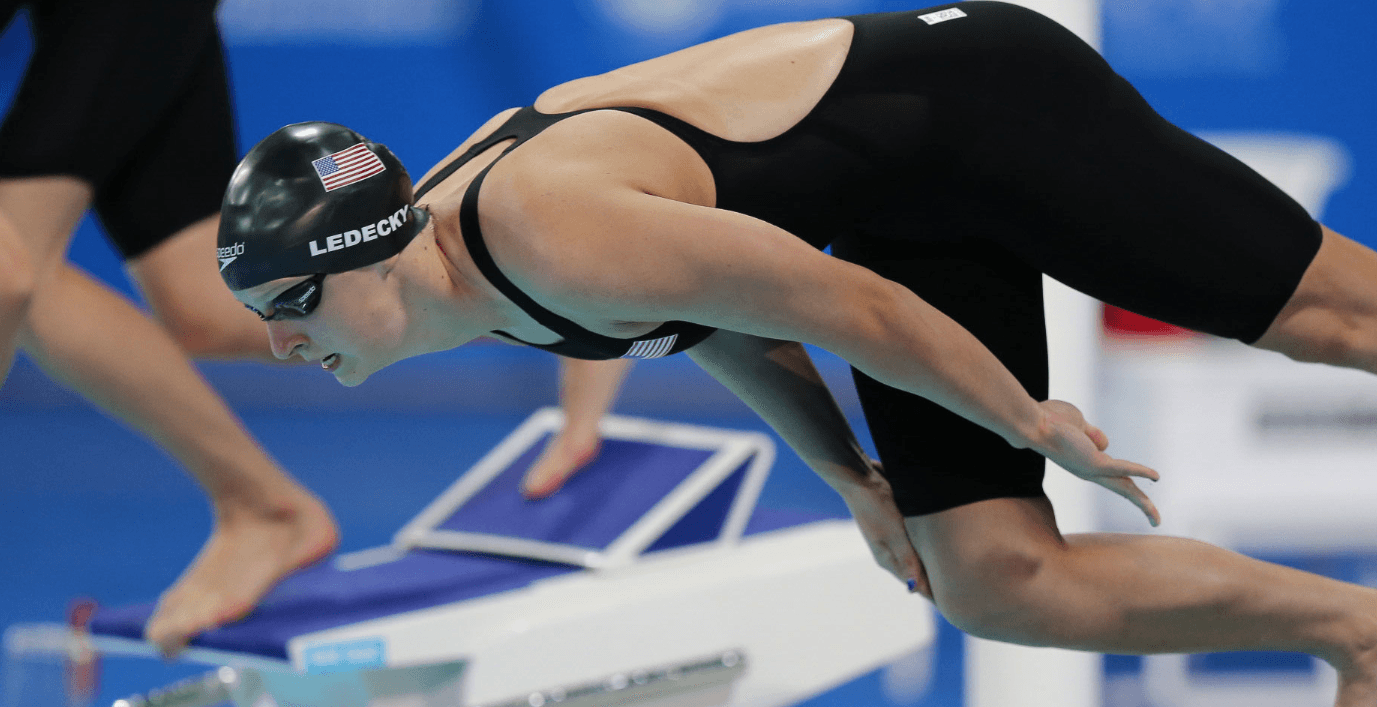 Now that the 2016 Rio Olympics are officially "next year," let's take a look back at the previous Olympic cycle to see just how much is likely to change between now and Rio. Archive photo via Paul Younan

Though we’re still well over 12 months away from the 2016 Rio Olympic Games, the new year means that for the first time, the Rio Olympics are officially “next year.” In the spirit of looking forward, though, we’re looking back: using the last Olympic cycle to help us know what to expect over the next year and a half until international swimming’s biggest show.

Olympic predictions are being made both in articles and in the comments section on nearly a weekly basis here at SwimSwam. But the great joy of sports, of course, is that nothing ever goes exactly how you’d expect it. We looked back to this exact point in the last Olympic cycle (January of 2011 heading into the 2012 London Olympics) to see what major surprises affected the ultimate swimming landscape in London.

The obvious destroyers of predictions are the “breakouts,” the athletes who rise from obscurity, sometimes from practically nowhere, to become the world’s elite by Olympic time.

Some seem obvious in hindsight – a young athlete dropping huge chunks of time who happens to hit international-level times right as his or her country is selecting its Olympic team. But picking which specific athlete will have that kind of a breakout is difficult.

That swimmer, of course, was named Katie Ledecky, however, and she went on to absolutely explode over the next 18 months, ultimately going 8:14.63 and 4:05.00 and winning an Olympic gold medal in the 800 in a veritable landslide.

Some similar stories of rapid ascension from New Year’s 2011 until the London Olympics:

At the other end of the age spectrum are the career comebacks, athletes who ruin swimming fans’ calculated predictions by coming up with a career resurgence to smash onto the international stage.

Consider this: at this time in 2011, Anthony Ervin had been out of competitive swimming for the better part of a decade and was hardly on anyone’s radar to be an Olympic possibility in 2012. Yet Ervin started quietly training and made a few meet appearances in the fall of 2011 before completing one of the best stories of the 2012 Olympics by making the U.S. Olympic team and taking 5th in London in the 50.

In the same vein, breaststroker Brendan Hansen didn’t make his comeback until the summer of 2011, and turned out to be the top American at Olympic Trials, plus a surprise bronze medalist in the 100 breast at the London Olympics.

This time around, it seems most of our “comeback kids” have gotten the ball rolling a little earlier. Michael Phelps is the obvious name, though he’ll almost get a second ‘comeback’ when he returns from suspension later this year. In the U.S. alone, we’ve got Katie Hoff and Lara Jackson making serious comebacks among many others.

But could we see more former stars come out of the woodwork before Rio? If history holds true, this summer will be the biggest possibility. Already we’ve heard rumblings of a return from Aussie distance legend Grant Hackett, a comeback that could see its next steps taken in the coming year.

This is one of the more exciting areas of speculation because every prediction has an inherent bit of craziness in it. Could we see Hackett’s Australian counterpart Ian Thorpe make a run at a relay slot? What about American butterflyer Dana Vollmer, who never officially retired, but hasn’t competed since the 2013 World Championships? Let’s throw caution to the wind: how about Rowdy Gaines? Hey, a guy can dream, right?

Dropoffs and other factors

But perhaps the biggest factors are the ones that have almost no warning at all. Who could forget how drastically the world breaststroking landscape shifted when Norway’s Olympic silver medalist Alexander Dale Oen passed away unexpectedly just a few months before the London Olympics? At this point in 2011, Dale Oen still had his first World Championships gold medal ahead of him, and his tragic passing didn’t occur until April of 2012.

Then there are the dropoffs: swimmers who are in the title hunt as of now, but who will fail to repeat their bests come Rio.

The best example of this would be France’s Camille Lacourt, who won the 2010 European Championship in the 100 back, going 52.11 and rattling the super-suited world record set by Aaron Peirsol. But Lacourt missed medaling entirely in London, going just 53.08 for fourth. He’s never bettered that 52.11 in the four years since.

Whether its injuries, illnesses, struggles with the intense Olympic spotlight or just plain burnouts, there are always swimmers who fail to live up to their hype come Olympic time.

Who might those swimmers be this time around? Predicting specifics is tough. One guy’s opinion? The events to look at might be the ones that have gotten incredibly deep. It’s simple probability: an event with lots of contenders seems more likely to have one of those contenders struggle. The men’s 100 back and men’s 200 breast might be two potential events where one of the many, many contenders fails to swim their best in the summer of 2016.

One last short point before we close. With the 2014 Short Course World Championships just recently wrapped up in Doha, it’s worth looking at how often swimmers are able to follow up both short course and long course world titles with Olympic gold medals.

It’s no surprise that the Long Course World Championships the year directly before the Olympics are a much better predictor than the Short Course Worlds two years out. But neither are perfect. In fact, during the last cycle, less than half of gold medalists at either World Championship meet were able to defend their titles in London.

From the 2010 Short Course World Championships (which correspond to last month’s Doha Worlds within the Olympic cycle), only 8 of 32 events saw their gold medalist go on to win gold in London:

The numbers from Long Course Worlds are significantly improved as predictors, but still less than half of gold medalists were able to repeat the feat less than a year later at the Olympics:

It would be neat if Rowdy Gaines made the 2016 Oly team. That would mean that he wouldn’t be doing NBC’s color commentary for the swimming, right?

Only if he breathes to the right side.

and maybe the guy he can’t see in lane 8 is the one he was the biggest fan of … that would shake things seriously . LOL

Rowdy is colorful. You need a commentator like him for the LOL worthy moments, especially there are some (still) considered swimming as a boring sport.

Rowdy has been a great ambassador for the sport of swimming — both in and out of the pool. That said, I think it would be good if NBC and Universal got some “new blood” in the broadcast booth. I’ve heard both Mel Stewart and Josh Davis provide commentary, and believe that either one would be an improvement. The “gold standard” for informative commentary can be found on NBC’s track and field side with Ato Bolden and Dwight Stones.

Oh Yeah! Ato & Dwight are so good! Every Olympics their commentary is something I eagerly anticipate.

Rowdy is an awesome ambassador for swimming and, I believe, one the reasons the general public enjoys watching swimming and that swimming coverage has increased. I adore him and think he should stay around for awhile longer. Mel would be awesome too, maybe he could join Rowdy for a transition. At some point Rowdy will have to pass the baton, as Jim Naber did. But I don’t think that time is here quite yet.

Maybe it’s just me but I like Rowdy. Sure he gives layman-type explanations that us swimming fans can find annoying, though that should be expected with a not well-known sport like swimming.

Dana Vollmer is currently pregnant. Now THAT would be a comeback story!

We had a recent example of that in T&F, too. 40 year-old Brit Jo Pavey won the European 10000m title just 10months after giving berth to her second child. Now, that is incredible.

You are correct, that bullet was meant to read 4×200 free relay. It’s been updated!