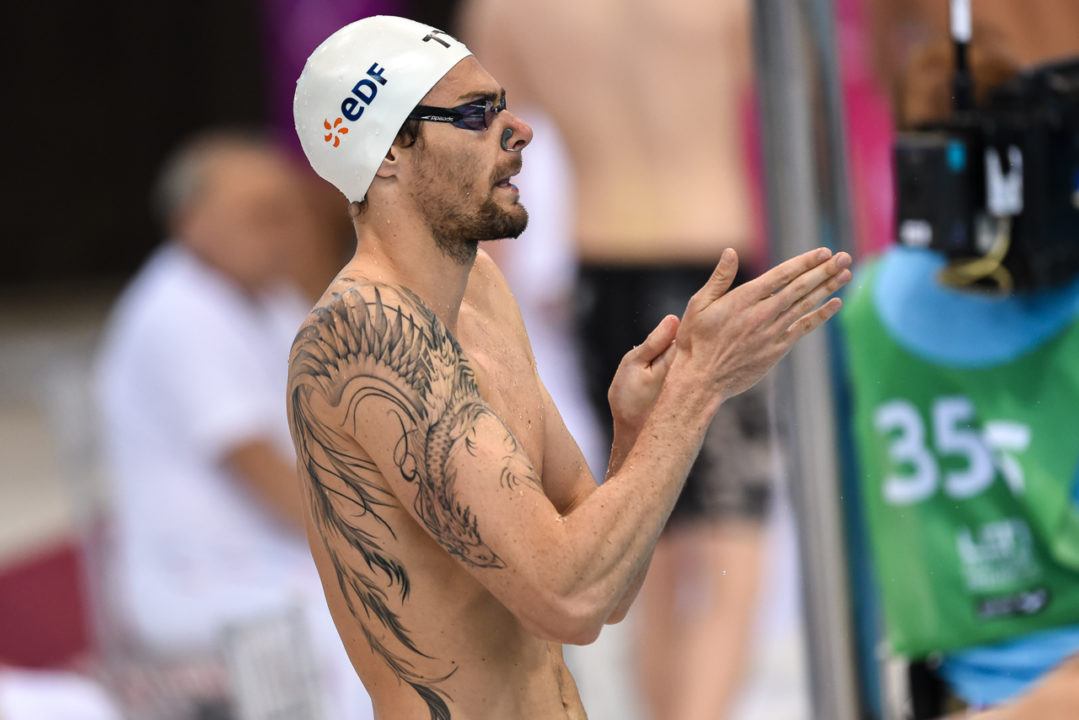 Get to know the competitors at the upcoming 2017 World Championships, hosted by Hungary in the capital city of Budapest.... Archive photo via Peter Sukenik/www.petersukenik.com

Get to know the competitors at the upcoming 2017 World Championships, hosted by Hungary in the capital city of Budapest.

Below, find the Twitter and Instagram pages for the French Worlds team. You can also check out our report on their roster announcement from May.

The pool swimming portion of the 2017 World Championships begins on July 23rd, just over two weeks away, and will run until July 30th. Like various European teams who have made their qualification procedures for Worlds/Olympics very difficult to pass, the French team is only ten swimmers strong for Budapest. Among the swimmers is Camille Lacourt, who plans to retire after the 2017 World Championships. Also in the mix are medal contenders Charlotte Bonnet, Jérémy Stravius and Mehdy Metella. All three rank in the world’s top 10 in their best event, while Bonnet is ranked 4th in the 200 free.

Maybe this is closer to an average French team, but the FFN broke the spirit and momentum of the great progress that had been made. Those qualifying standards were ridiculous. LaCourt (32) and Stravius (28) don’t have much time left, so why kill off the younger talent?

Lacourt doesn’t have much time left. He retires after Budapest. 🙂
And about the qualifying standars they have put in place the same kind of policy in early 2000s. And it has been successful. They just send a message to the athletes and to the coaches.

Only 4 men on the French team for men?

It could have been worse.

I would rather say much more normal times for French swimming.

poor coaching or lack of talent?

Certainly not poor coaching. We have some of the best coaches in the world.
But the pool of young talents has always been very short.
I add that’s it’s tough to be a high-level athlete and at the same time to pursue an education in France.