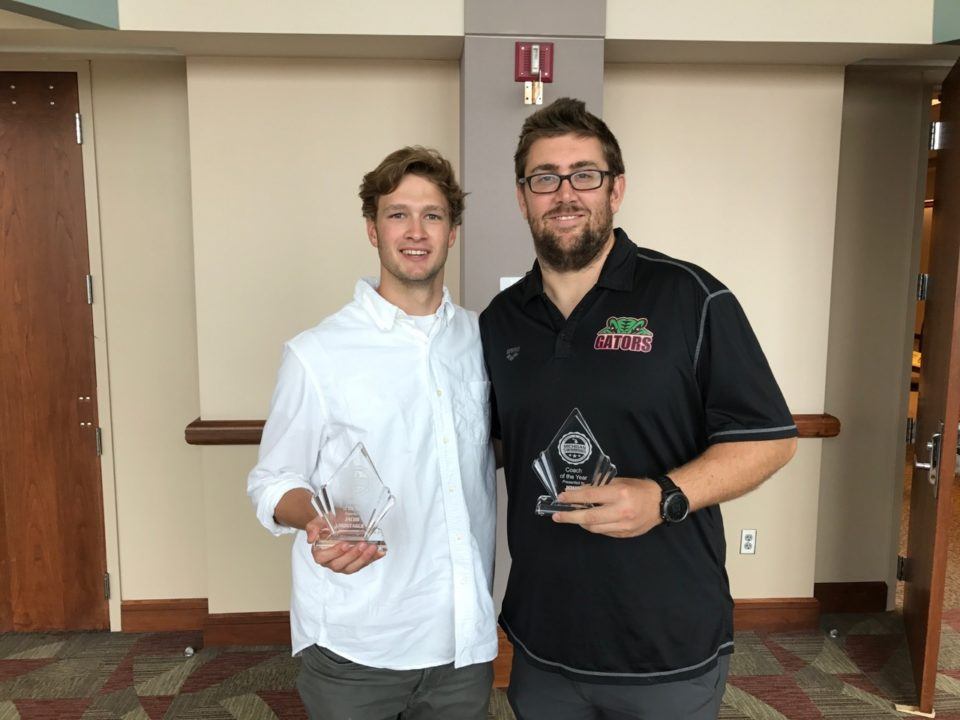 Jacob Montague is a recent graduate from Grosse Pointe South High School. He has been a Gators’ swimmer for 4 years. 2016 was a tremendous season in the pool for Montague. He was the 100 Breast Champion at the Junior Pan Pacific Championships in Hawaii. He made it to the semi-finals in the 200 Breast (11th place overall) at this summer’s Olympic Trials in Omaha. He won the 200 IM at the Speedo Junior National Championships in Atlanta. Montague also was the 2016 D2 Michigan High School Champion in the 100 Breast and 200 IM. This was the second year in a row that he won those events. Jacob has just started school at the University of Michigan where he will be an integral part of the Wolverine swim team for the next four years.

Who won the female swimmer of the year?

Vote Up00Vote Down Reply
AT THE MEETING

Looking forward to watching Jacob become the next great breaststroker at Michigan.