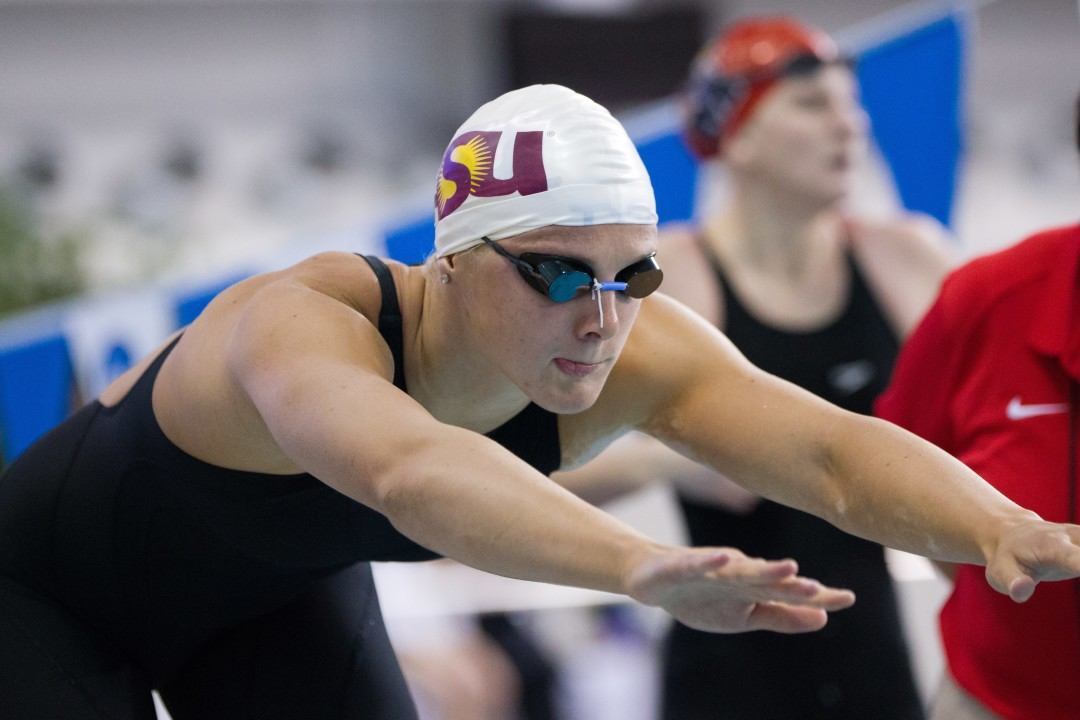 USC swept ASU in Tempe today, with both teams turning in B cuts and times currently ranked top ten in the NCAA. Current photo via Tim Binning/TheSwimPictures.com

The USC Trojans swept duals against ASU in Tempe, taking the Sun Devil women 178-106, and the men 159-139.  Both teams had notable swims, with six NCAA “B” cuts turned in and five performances ranking in the top ten for the NCAA so far this year.

Full results are at this link.

In the women’s meet, the excitement started early, as USC’s Elizabeth Stinson claimed the #2 mile in the nation so far this year with her 16:42.87.

Apostolon landed her second B cut of the night later in the meet, with 49.23 in the 100 free.  That time moved her up to the #5 ranking in the NCAA so far this year.