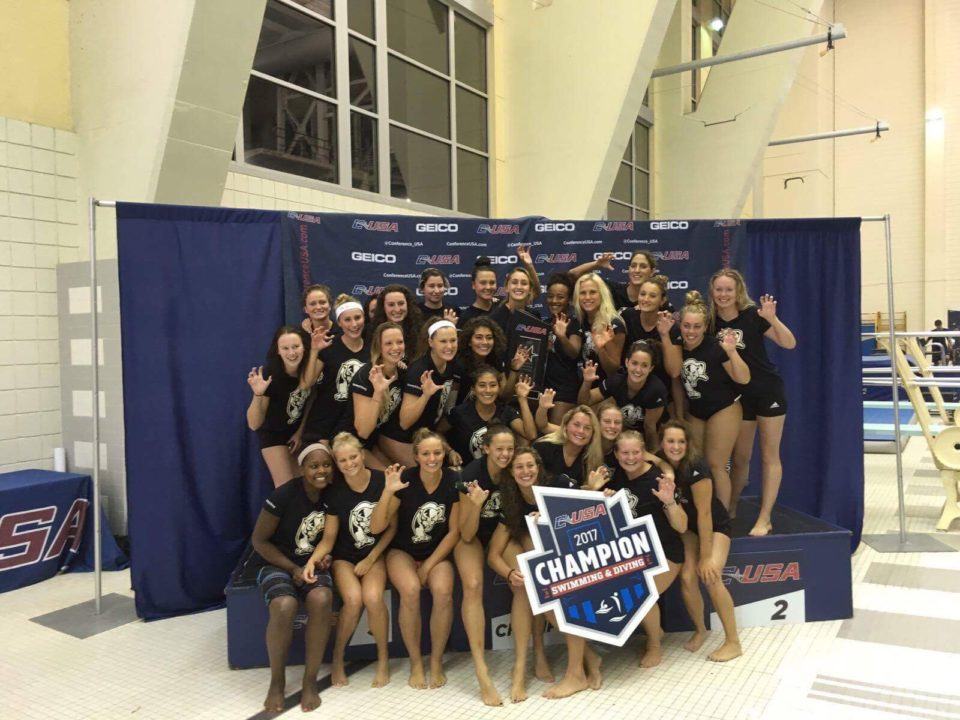 The FIU Panthers earned their first ever NCAA Relay A Cut, one of many impressive honors, on their way to their third consecutive Conference USA title. Current photo via Randy Horner

It is without question that Florida International University is a team on the way up within the ranks of NCAA Division 1 swimming under the direction of C-USA Coach of the Year Randy Horner. At the 2017 Conference USA Championship, the Panther women secured their third consecutive team title by 173.5 points, taking wins in 15 events, breaking two C-USA Records along the way, and landing the first ever relay an automatic berth to the NCAA Championships.

The Panther domination of the relay events was highlighted by a time trial on the first night of competition, when the team of Bertelli, Marie Lauridsen, Ruele and Deist combined to earn the Panthers’ first ever NCAA A cut for the 400 freestyle relay at 3:15.23.  That performance was good enough to crush the previous C-USA Record set by SMU in 2012, and was led off by an impressive 48.32 C-USA Record from Bertelli, which will likely earn a berth into the NCAA Championship on it’s own.

Rice University standout Marie-Claire Schillinger took ownership of the breaststroke events, taking both the 100 and 200 yard distances with 1:00.34 and 2:10.92 respectively.  Schillinger set the C-USA mark for the 100 yard event in the preliminaries, with a blazing 1:00.13.

Other notable swims and event winners include: