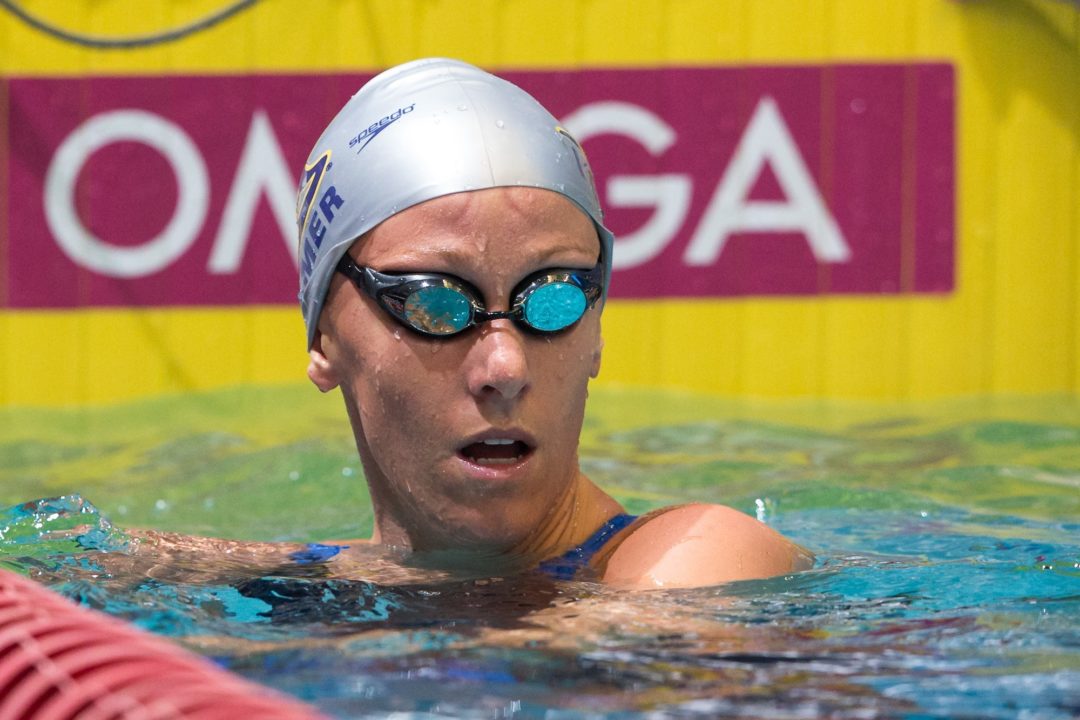 And here it is. The final day of a week that kept us on the edge of our seats, hugging our computers, and yelling at the TV from our couches (unless you were fortunate to book a ticket to the pool). Aside from Missy Franklin scratching her final event, the 200 IM, there aren’t too many significant scratches for the last day of preliminary swims.

With McDermott out of her later 1500 freestyle, it seems that she is officially done at this meet.

Dana Vollmer is also officially done at the US World Championship Trials and US National Championships, scratching the 50 freestyle, where she was seeded 12th (25.24).

Wow, Garrett Weber-Gale did not swim at all. Why did he even enter the meet at all if he was just going to scratch?