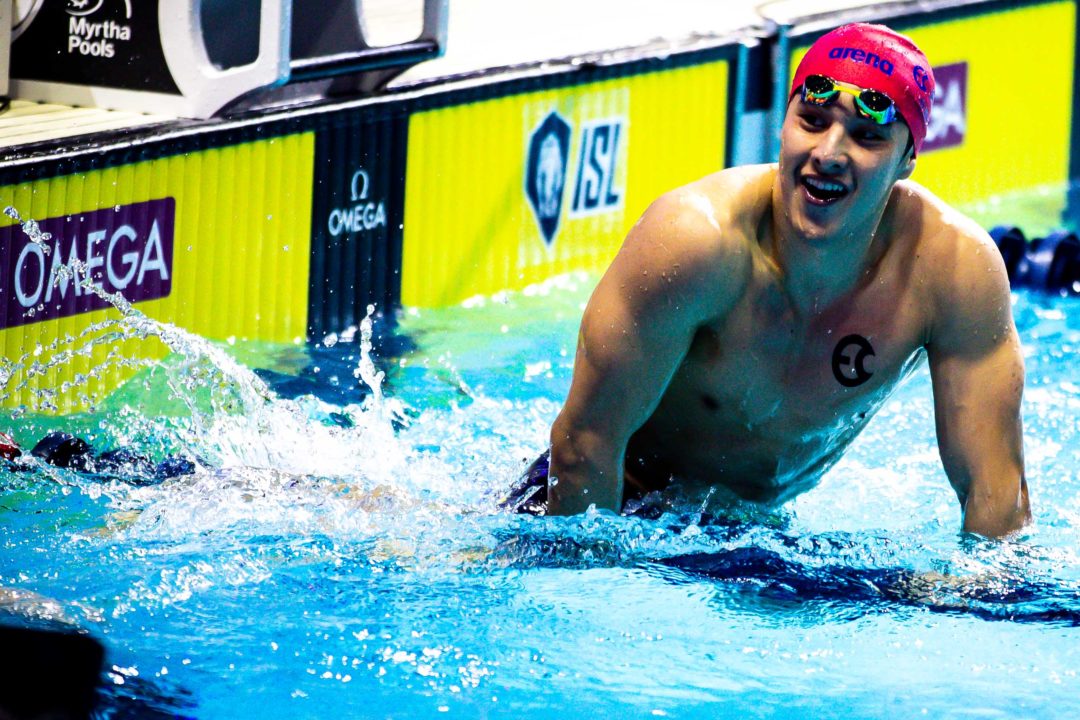 FINA has officially recognized the world records set during the final five meets of the ISL season, as it said it would in October. Archive photo via Jack Spitser/Spitser Photography

This should come as no surprise. While heading into the season, it was unclear whether FINA would approve of records swum under the new league’s watch, SwimSwam confirmed in October that FINA would recognize those set in the final five meets of the season.

Last summer, FINA said that it would not recognize world records unless the meets were held in compliance with FINA rules. Those rules include seeking approval 6 months prior to competition and the presence of drug testers to collect samples from any record breakers. ISL employed an anti-doping protocol at their meets, though it was managed by the national anti-doping organization of the host nation of the meet, rather than the league itself.

The newly ratified world records include:

The ISL, along with swimmers Katinka Hosszu, Tom Shields and Michael Andrew, is currently suing FINA, saying it violated antitrust laws in trying to block the 2018 Energy for Swim meet. FINA filed a request to have the suit dismissed late last year, but was denied.

Jan. 17, plaintiffs filed an additional complaint claiming that FINA misappropriated ISL’s format by scheduling its own events with a similar prize format. FINA has three weeks to file an answer to the amended allegations.

Excellent .
What about Winnington’s two junior world records from 2018? And probably others I would think

You expect FINA to actually ratify a world junior record? What do you think they are, an international sports governing body?

The World Junior Records are a little bit of a disaster. From where I sit, FINA should consider just ceasing to recognize them. With the current state of them (be it FINA’s fault, or the federations’ fault for not doing the testing and submitting the paperwork), they’re not real meaningful.