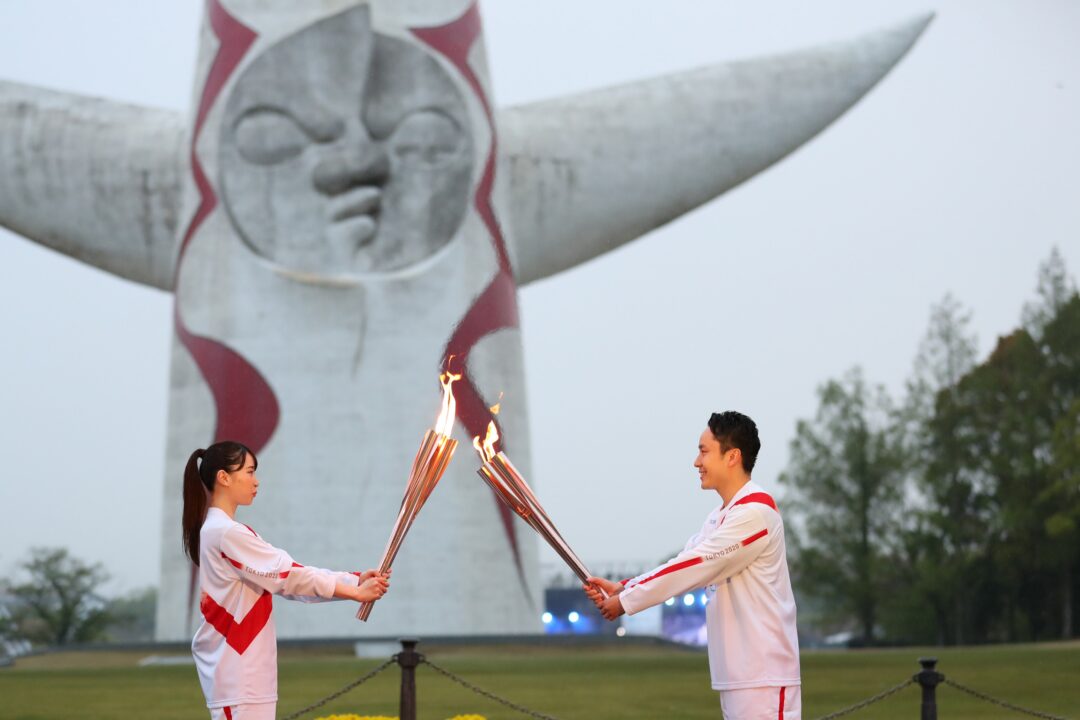 FINA and Tokyo 2020 Organizing Committee praise success of Diving World Cup and say that it "shows readiness" for the Olympic Games. Stock photo via Tokyo 2020

After the conclusion of the FINA Diving World Cup, FINA and the Tokyo 2020 Organizing Committee released a joint statement, in which they reflect on the competition and look forward to the 2020 Olympic Games. They state that the success of the Diving World Cup in Tokyo “shows readiness for the Olympic Games.”

The statement reflects concerns held by Diving Australia (DA), who decided to withdraw the Australia Diving Team just a week prior to the start of the World Cup competition. The governing body, along with a couple notable Australian divers, questioned whether FINA should have held the event at all. At the time, Diving Australia felt that it was no longer safe to send their participants to the world cup, especially given the current state of COVID cases in Japan. DA predicted that Tokyo would shortly re-enter a state of emergency, which later occurred. Japan is seeing the highest rates of infection since January, and the country has been slow on rolling out vaccines.

Strict guidelines were instituted throughout the competition to protect athletes, coaches, and officials. 224 athletes participated in the competition, yielding from 46 different countries. FINA says that all participants were compliant with the measures put in place by FINA and Tokyo 2020, which contributed to the logistical success of the event.

Upon arrival, participants were tested for COVID to identify any existing cases and prevent further spread. Only one case was found in a team official, and the individual was immediately placed in quarantine housing. FINA and Tokyo 2020 announced the case on April 29th. They deferred to national protocol, and Japanese officials identified any close contacts of the individual.

The competition was held at the new Aquatics Centre in Tokyo, which was built for the then-2020 Olympic Games. The event, spanning from May 1st to May 6th, served as both “a qualifying event and a test event” for the Olympic Games. Athletes were complimentary of the new facility, noting its “quality, functionality and beauty.”

Athletes further praised the safety measures taken by the governing bodies. FINA and Tokyo 2020 stated that the general consensus of athletes was that “feelings of safety” were maintained while the organizational efforts “[safeguarded] everyone’s health.”

The joint statement included two quotes from athletes, including Jennifer Abel of Canada and Yona Knight-Wisdom of Jamaica. Abel reflected on the responsibility of athletes to keep following safety guidelines and remain vigilant in protecting themselves and others. She concluded that the event made everyone feel safe and was appreciative of the efforts made by FINA and Tokyo 2020.

Knight-Wisdom expressed his gratitude towards the governing bodies which put on the event. He asserted that he, like many other athletes, had a challenging year. The competition allowed Knight-Wisdom and other athletes an opportunity to see their friends and compete on a big stage again.

FINA and the Tokyo 2020 Organizing Committee used the first section of their statement to thank the Japan Swimming Federation, the Tokyo Metropolitan Government, and the Japan Sports Agency “for their dedication and support to all participants in the event.”

The competition marked the highest-profile international  diving meet since the pandemic began, and until the 2021 Olympic Games. Great Britain and Canada led the medal count with five medals each. Great Britain earned the most gold medals at three gold medals, followed by China with two.

Great Britain’s male divers almost swept the four events, but Germany’s Martin Wolfram emerged victorious in the 3m springboard and earned team Germany a spot at the Olympics. On the women’s side, China won both the individual and springboard 3m events. Pandelela Pamg of Malaysia captured the 10m individual title, while Canada’s duo of Meaghan Benfeito and Caeli McKay took the gold medal in the synchronous 10m event.

See below to review the day-by-day recaps of the 2021 FINA Diving World Cup:

The competition was the last meet that would allow countries to earn quota spots for the 2021 Olympic Games. However, the selection process of the athletes varies from country to country, so the spot-earners may not be the same faces representing their countries at the Olympics.

The swimming, diving, and artistic swimming portions of the 2021 Olympic Games will commence in Tokyo on July 23rd and conclude on August 8th.

Obviously Australia was wrong about this.
Competition was a success and zero athletes got Covid is so doing.
Games are happening for those who qualify and wish to participate in the greatest athletic events for the World.

In short the AOC guy who says he is running things in Tokyo failed to convince Diving Australia . He was also not able to convince the Aust Govt or they would have arranged a travel exemption & suitable Quarantine for any minors ( I’m not sure what that would be ,as they cannot put them in a hotel room for 2 weeks.)

He is still trying to convince ppl Tokyo is happening but ppl are like …so what exactly is this State of Emergency ? Oh he says Suga told Biden its on . Everyone is like , yeah but did he tell Kamala ? Then they wonder why is she suddenly not Indian .

Would have been tricky for the AUS divers, they would have needed special exemptions for flights, would need to find flights and then quarantine in hotels for two weeks on returned… Not impossible but very difficult to arrange.

I watched many of the rounds — it was a great competition.
But, obviously, TEAM USA had a pretty thin contingent – I suppose the USA has already earned a lot of its quota slots so, why send more people than one needs, right? If not, please let me know!

They earned two more quotas in the women’s spring board and two of the synchro events. The only event that they failed to get a quota in was the men’s platform synchro.