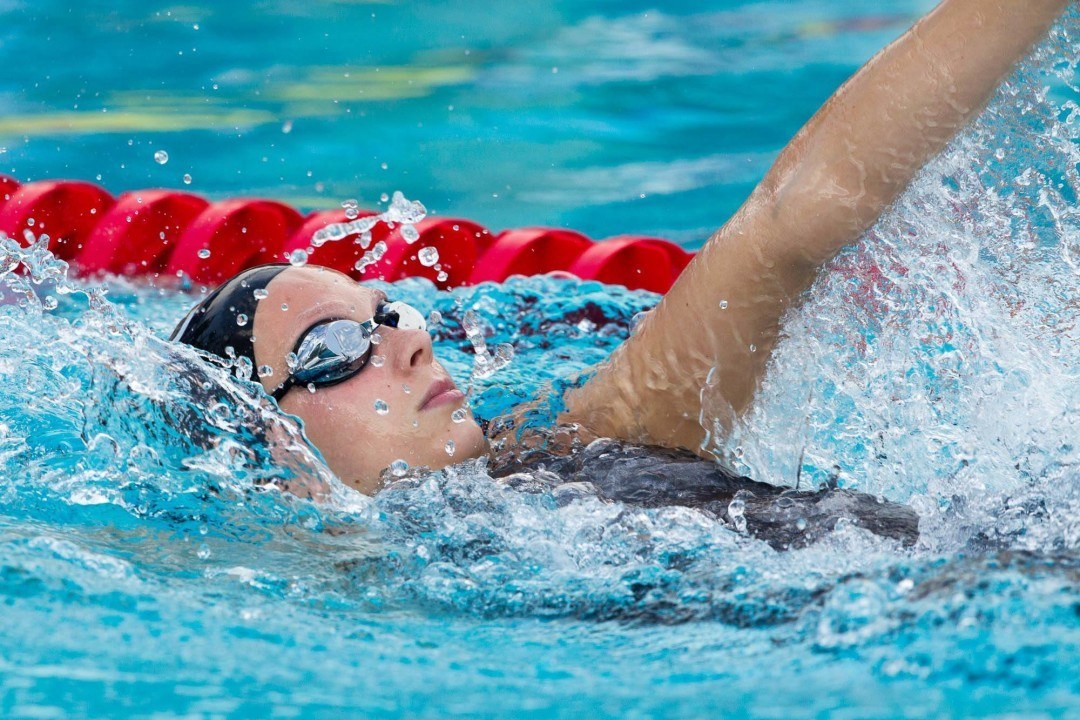 In the most Florida Gator thing imaginable, sophomore Savanna Faulconer took the top qualifying spots in the 500 free and 200 IM back-to-back to kick off the 2017 All-Florida Invite. Archive photo via Tim Binning/TheSwimPictures.com

In the most Florida Gator thing imaginable, sophomore Savanna Faulconer took the top qualifying spots in the 500 free and 200 IM back-to-back to kick off the 2017 All-Florida Invite.

Faulconer went 4:54.50 to lead the 500 by two seconds over sophomore teammate Kelly Fertel. Then in the very next women’s event, she was 2:04.10 to top Fertel again in the IM. The two events did have men’s 500 free prelims between them, giving a bit more recovery time, but the feat is still impressive – and Faulconer will really be tested if she swims both in finals tonight, with less heats to rest in between.

A pair of defending NCAA Champions for Florida on the men’s side qualified near the top in their events. Perhaps the big story for some will be world champ Caeleb Dressel getting beat in the 50 freestyle. Dressel was 20.24 with Florida State’s own star sprinter Chad Mylin going 20.18 for the top qualifying spot. Dressel, though, was coming off of the 200 IM prelims, where he went 1:52.50 and qualified 5th. Neither man really had to kick it into high gear to qualify this morning in the 50, so it’ll be worth waiting for the head-to-head showdown tonight to see what kind of shape both men are in.

how hard do you think the practice was before this meet for Florida?

FSU are probably shaved and tapered. What place did they get at NCAA last year ?

Well, they certainly scored more points than the Gator women’s team did….