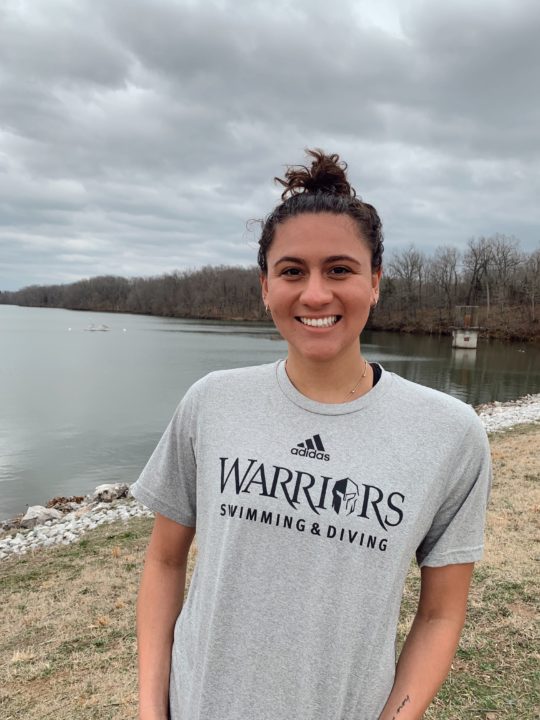 Rogers swam for Arkansas during the 2019-20 season, but she's transferring for more flexibility to focus on her pre-med program.

After one season competing with D-I Arkansas in the SEC, Arkansas native Allie Rogers is transferring to D-III Hendrix College for more flexibility with training to focus on her pre-med track and biochemistry studies.

I decided to make this transfer because I wanted to focus more on school and have a better balance with school and swimming. I’m going into my junior year pre-med/ biochemistry and Hendrix has such a great program that appealed to me and being there gives me more opportunities to go into shadowing and interning under doctors. I don’t think I would have an opportunity like that at Arkansas due to training throughout the week and balancing classes.

I also chose Hendrix for the team and the coaches. I’ve known Tony for years and got the pleasure to swim under him for a few months before entering my senior year. I loved working with him and was sad to see him go when he made the transfer to Hendrix but now I am so excited to have two more years with him.

Rogers competed for Arkansas during the 2019-20 season, making their SEC roster and racing the backstrokes and 200 IM at 2020 SECs. She hasn’t had any official racing in since that meet.

Hendrix College, which is also in Arkansas, recently finished fifth at the Southern Athletic Association Championships. Rogers’ presence should immediately get them to move up in the conference; at the 2021 SAA Champs, she would’ve won titles in the 200 IM, 400 IM, 100 fly, 100 breast, 100 back, 200 back and 200 breast.

On the national stage, Rogers should be an NCAA qualifier right off the bat. Her best time would have made the 200 back A-final at the 2019 NCAA Division III National Championships, while she would’ve made B-finals in the 100 back, 200 IM, 400 IM and 100 breast.

Great for the school and her academic goals. Congrats!

I really wish more kids would do this. Swimming Power 5 D1 isn’t for everybody and shouldn’t be, even if they are capable of it.

Agreed! Only you can know what is best for yourself and your future. And who knows, she might even be faster with better balance.

Agreed! And Div II can offer lots of scholarships to people like Allie! Balance, save money and be a rockstar at conference and maybe NCAA’s. I’ve got room at my school for fast folks like her!:) Seriously, congrats to her and Tony, a great coach!

Good for her! What a great example she is for other athletes trying to balence sports and academics.
Any school would be lucky to have her!