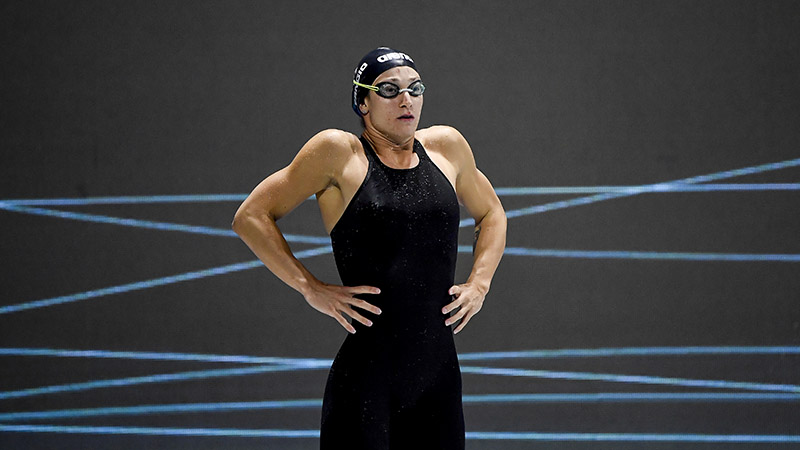 While competing on the final day of the 58th Sette Colli Trophy in her native Italy, swimmer Francesca Fangio powered her way to a new national record in the women’s 200m breaststroke.

Racing in tonight’s timed final in Rome, 25-year-old Fangio produced a winning effort of 2:23.06, her best time to date.

She opened in 1:09.11 and closed in 1:13.95 to not only overtake her previous PB of 2:24.26 from this year’s European Championships but also to surpass the previous Italian standard of 2:23.32. That previous mark had been on the books since the supersuit era of 2009.

Fangio topped the podium tonight ahead of Belgian ace Fanny Lecluyse, who touched in 2:23.30 while bronze in the very close race went to Swiss record holder Lisa Mamie in 2:23.95. Mamie was the silver medalist in Budapest at the aforementioned European Championships.

For Fangio, her time dips under the Italian Federation-mandated qualification time of 2:23.9 needed for Tokyo. As such, on the final day of eligible Olympic qualification, Fangio has indeed booked her ticket.

AND WHERE IS ARTICLE ABOUT THE 3RD DAY!?!?

Congrats to her for this great race. It might have seemed inevitable, after her huge personal best in the 100 breast, on Friday, but it wasn’t. Sometimes, having a good swim in an event which isn’t your best might add more pressure to perform. So it’s nice to see her getting a spot in the team. The italian record is just the icing on the cake.