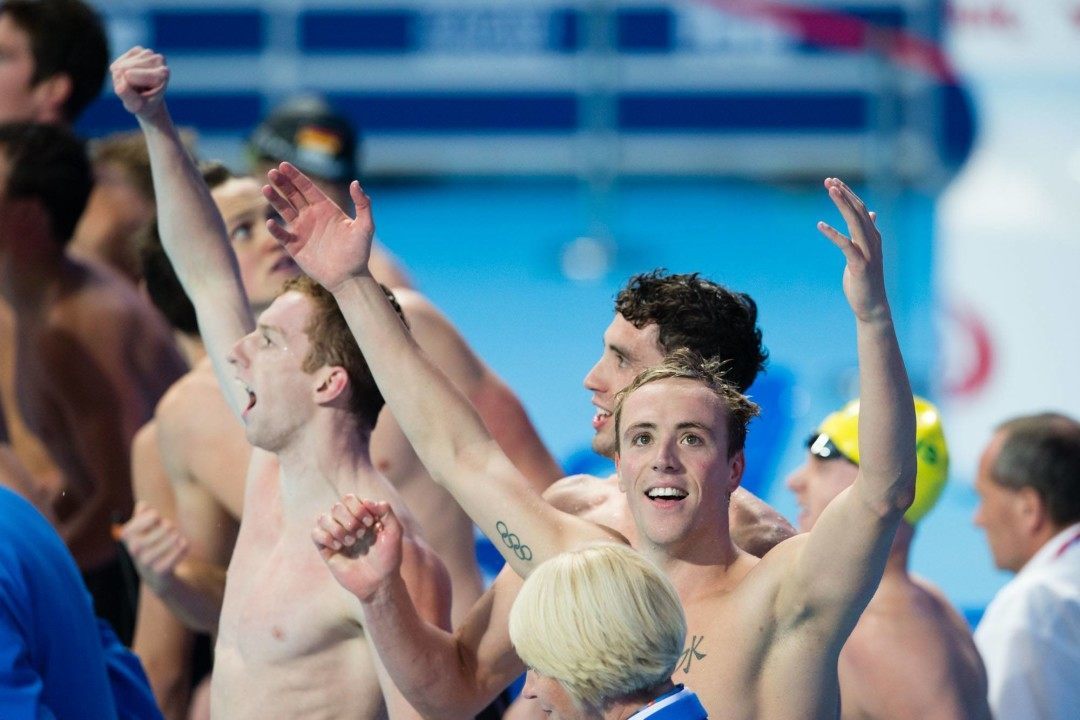 After tonight's events the British team has now surpassed the the total number of medals, one silver and two bronze, that they won at the 2012 Olympic Games in London... Current photo via Tim Binning/TheSwimPictures.com

The Europeans experienced their biggest medal haul on Tuesday evening picking up one gold, three silver and one bronze:

Although Great Britain did not have a swimmer stand on the top of the podium on Tuesday evening it was still a wonderful night for the nation. The British swimmers collected two silver medals and broke three national records in total on Tuesday.

The British team has now surpassed the the total number of medals, one silver and two bronze, that they won at the 2012 Olympic Games in London. In the first four days of competition the nation has earned one gold and three silver medals and currently sits fourth in the medals standings.

The star of the evening was 20 year old Siobhan-Marie O’Connor. On Monday evening O’Connor wiped out her own British record in the 200 IM putting up a time of 2:07.57 and tonight destroyed that in her attempt to upset Hungarian Katinka Hosszu posting a time of 2:06.88. Her time was not only a British record, but is also a Commonwealth record beating the previous mark of 2:07.03 set by Australian Stephanie Rice in 2009.

O’Connor is now the third fastest performer in the event all time with only Hosszu and American Ariana Kukors ahead of her. Her time is also the fourth fastest performance of all time.

All time performances in the women’s 200 IM: