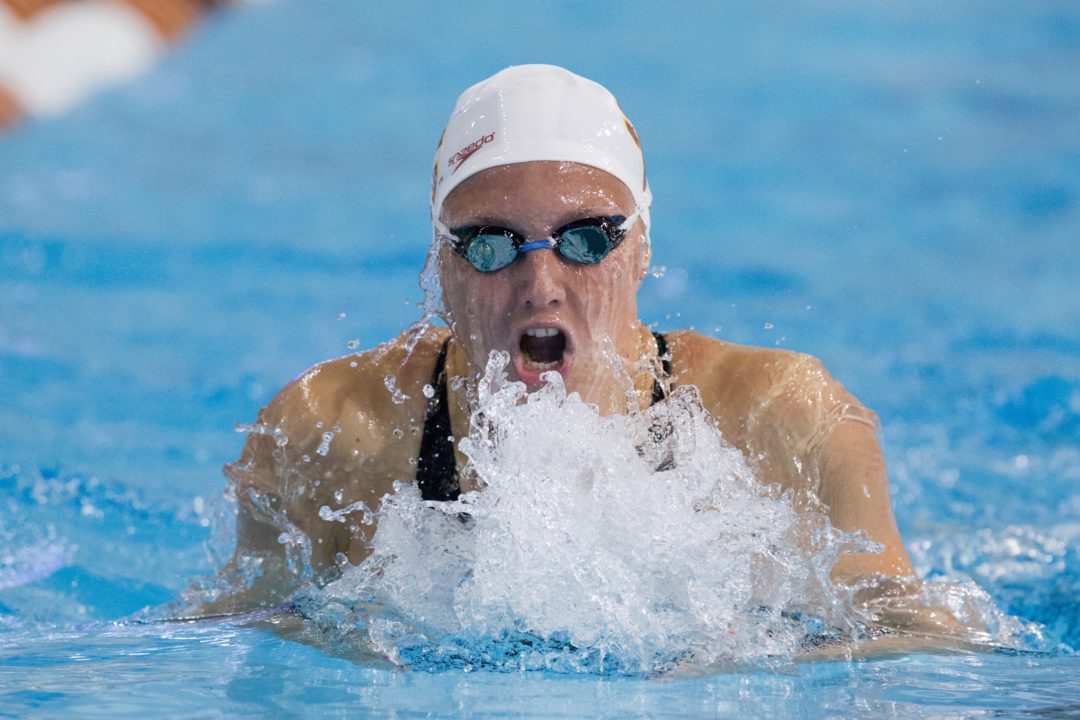 Katinka Hosszu is one of the few swimmers entered in a full schedule at this week's European Championships.

LEN has posted the start lists for the 2012 European Championships that will begin on Monday in Debrecen, Hungary. This championship is already off to a rough start before even beginning, as the Hungarian Federation has done a masterful job of hosting the event on only three months’ notice following the last-minute pullout of Belgium from their duties. This is the 4th European Championship that has been hosted in the country since 2006, though, so they’re getting pretty good at it by now.

But even with less-than-a-full lineup, the championships will still feature many of the continent’s best swimmers.

Among the more notable entries is Sweden’s Sarah Sjostrom. She will only be in town for the first two days of the meet, where she’ll race the 50 fly and 100 free before getting back into training. This is something that we could see a lot of at this meet, as taking a full week out of training this close to the Olympics could be hugely detrimental. Other teams will be in town the full week, but will probably take in some pretty heavy training sessions on off days or between sessions.

Among the top races will be the men’s 400 free on the first day of competition, which is headlined by Germany’s World Record holder Paul Biedermann. Biedermann is the top seed, but close behind him is France’s Sebastien Rouault, who without an Olympic bid to worry about could be fast at this meet. Robbie Renwick, one of the few British entries in the meet, will also be a threat; he’s got the fastest time by a European in 2012 so far.

The 100 freestyle also should be one heck of a race too. Germany’s Marco di Carli is unqualified for the Olympics after a big stumble at German Trials. Italy’s Filippo Magnini will also be in this race, though his young teammate Luca Dotto won’t be (he’s only swimming the 50 free). France’s best Alain Bernard and Amaury Leveaux should also final.

In the women’s 200 free, Federica Pellegrini will square off against Germany’s Silke Lippok and Hungary’s Agnes Mutina in a rematch of the 200 free final from the 2010 Championships. With Lippok as the only of the trio who hasn’t sealed her Olympic spot in the race, she’ll hope that the competition will pull her under the German standard of 1:57.83.

Spain’s Mireia Belmonte-Garcia will show up for the last-half of the meet, where she’ll swim the 1500 free, 200 fly, and 400 free on days 5, 6, and 7 of the meet. Choosing this particular schedule leads one to believe that she’s still planning to attempt a brutal schedule at the Olympics that would include the 800 free, rather than paring back to save her energy. The 200 fly battle that will feature her as well as the Norwegian duo Zsu Jakabos and Katinka Hosszu will be a highlight of the meet.

But the meet won’t be all celebration of sport and racing. There will be a pall of sadness, as this will be the first opportunity for Europe to assemble and mourn the loss of Norwegian World Champion Alexander Dale Oen, who passed away two months ago in the United States. This will be an emotional meet for swimmers like Aleksander Hetland, who will honor Dale Oen with his 100 breaststroke, and Ingvild Snildal, the top seed in the women’s 100 fly.

Come on Sarah Poewe, you can do this! 4th Olympic Team baby!!