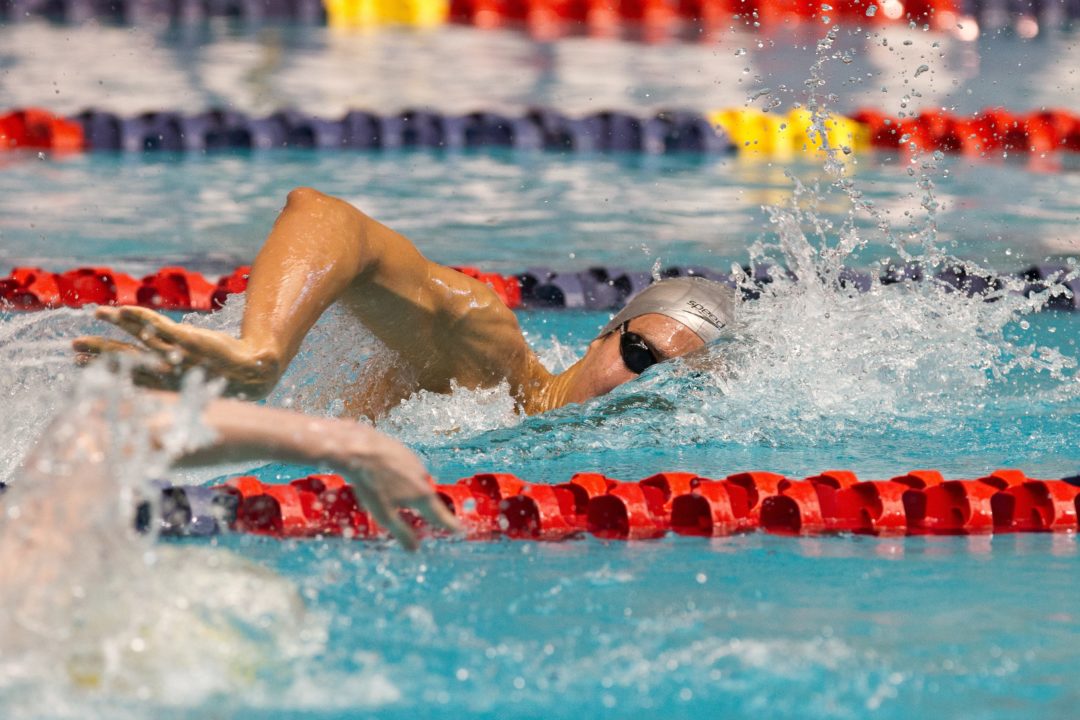 The 2012 Venezuelan National Championships wrapped up Sunday in the Western Venezuelan hub of Barinas. The overall swimming wasn’t extremely...

The 2012 Venezuelan National Championships wrapped up Sunday in the Western Venezuelan hub of Barinas. The overall swimming wasn’t extremely fast, but there were a few highlights and outstanding racing.

The best race of the meet was in the men’s 100 fly, where the nation’s best swimmer Albert Subirats went toe-to-toe in the men’s 100 fly with another Trojan-trained swimmer: Octavio Alesi. Subirats ended up touching first in 53.04, with Alesi just behind in 53.10. That pretty much seals up that Subirats and his FINA A-time will be the entry for the Venezuelans in this race at the Olympics, which is a bit disappointing as Alesi has been having a fantastic year in 2012.

Alesi won the 50 fly in this meet, and in a leadoff of the Club Maporal 400 free relay, he went under 50 seconds with a 49.89 for the first time in his career. That swim would have won the individual 100 free.

Out of the youth ranks of this meet, 17-year old Isabella Paez won the women’s 200 fly in 2:15.88. That’s already just a second away from the National Record in the race (which happens to have been set by Adreina Pinto when she was only 16).

Former Florida Gator Daniela Victoria is swimming well in her post-Gator life, and took the win in the women’s 200 breaststroke in 2:35.58 – which breaks her own Venezuelan Record in the event that was set earlier this season. Her 100 time of 1:12.02 wasn’t quite as strong, and placed her only second behind Mercedes Toledo in 1:11.82.