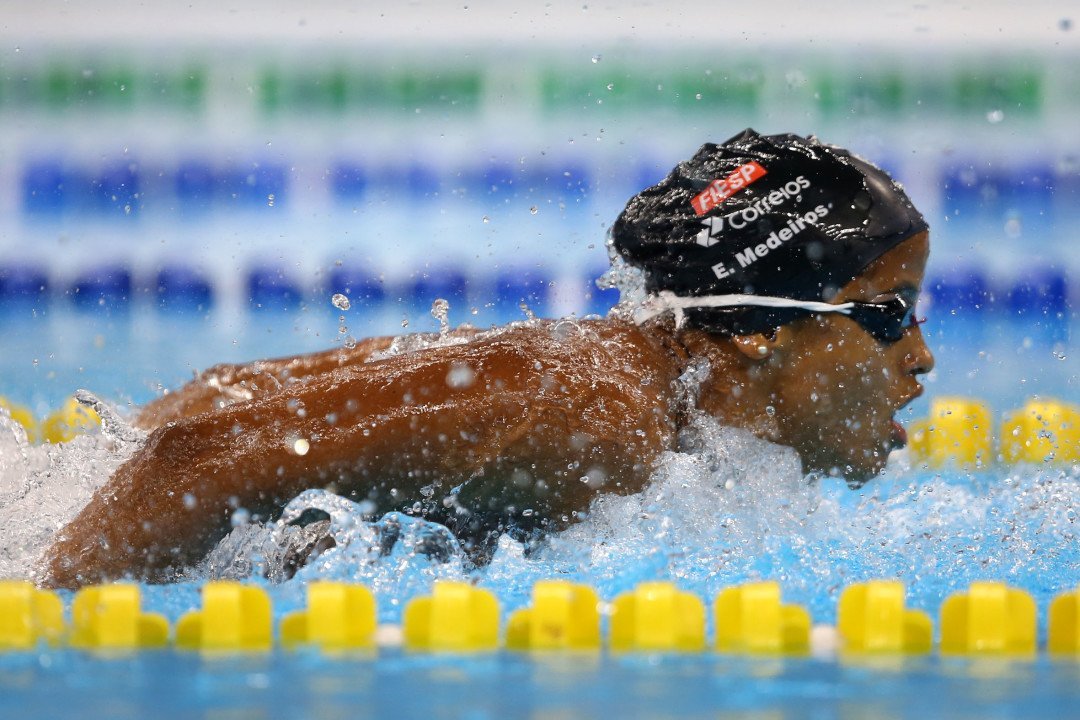 Two-time Olympian and World Champion Etiene Medeiros is out of the Brazil Trophy, according to Brazilian swimming outlet Best Swimming. The meet runs from April 4th to 9th. It is Brazil’s qualification meet for Worlds and this fall’s South American Games, which means Medeiros will not swim in either championship this year.

Medeiros underwent surgery last September to repair her right anterior cruciate ligament (ACL). She sustained the injury prior to the Tokyo Olympics, but was cleared to compete. At the Games, she finished 29th in the 50 free, a second off her South American Record of 24.45. She also split 55.42 in the 4×100 freestyle relay, where Brazil placed 12th.

The injury also caused her to sit out the ISL season. She was expected to swim for Energy Standard after racing as an Aqua Centurion in her first season. As of now, she remains on the Centurions’ roster.

As part of her recovery, Medeiros has been in physical therapy and resumed pool training.

She is expected to return to racing at the José Finkel Trophy with her long-time club team SESI-SE. This year, the meet is in her hometown, Recife. In addition to being one of the biggest events on the Brazilian swimming calendar, it is also the selection meet for Short Course World Championships this December.

Medeiros is regarded as one of the greatest Brazilian swimmers in history.

I first read this as Medeiros Competing For Miss Brazil Trophy. The truth is sadder, and also not as sad, as that