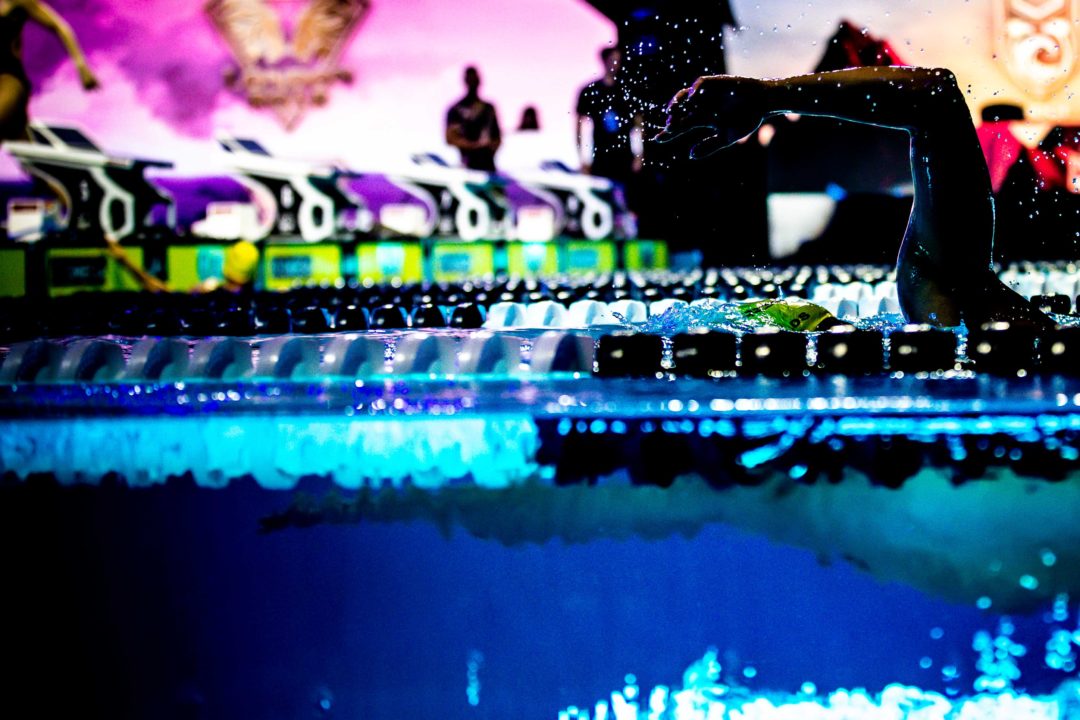 Aquastorm Swim Team in Bismarck, North Dakota returned to competition on August, 3rd for the first time since the beginning of quarantine.

The meet was highlighted by 16-year old Erin Palmer, whose 3-second drop in the 100 breast earned her her first junior nationals qualifying time (per the 2019 standards). Her previous best time was a 1:05.64, which she easily eclipsed, touching in 1:02.75.

Adding to her impressive meet she also swam to new best times in both the 50 free (23.4) and the 100 fly (57.3). Both of these times would have qualified as bonus standard times for 2019 junior nationals, with the 50 free being only .01 from qualifying.

While times swum in July weren’t counted by USA Swimming as eligible for qualifications for national meets, beginning in August times will again count, though we don’t know yet the time standards for most national meets beside the 2021 Olympic Trials.

As well as being .01 off of the Junior Nationals standard, Palmer’s 50 free was also .01 off the state record held by one of North Dakota’s most prolific swimmers, Dagny Knutson. Knutson would later go on to win a gold medal at the 2011 World Championships, joining with Missy Franklin, Katie Hoff, and Allison Schmitt to take first in the 800 free relay.

As well as her swimming, Palmer is also a high-level track athlete. She was the 2019 North Dakota Class-A 800 meter state champion in track. She also was a part of the state record-breaking 4 x 400 relay and state champion 4 x 800 relay.

Palmer’s older sister, Carly, just completed her first season at Boise State University, who recently announced they would be cutting their program. She will be joining Queens University at Charlotte, one of the top Division II programs in the country, next season.

Congrats, so tough to be elite and swimming and running both.

Not at all sure why you had to add that Knutson became involved in a lawsuit.