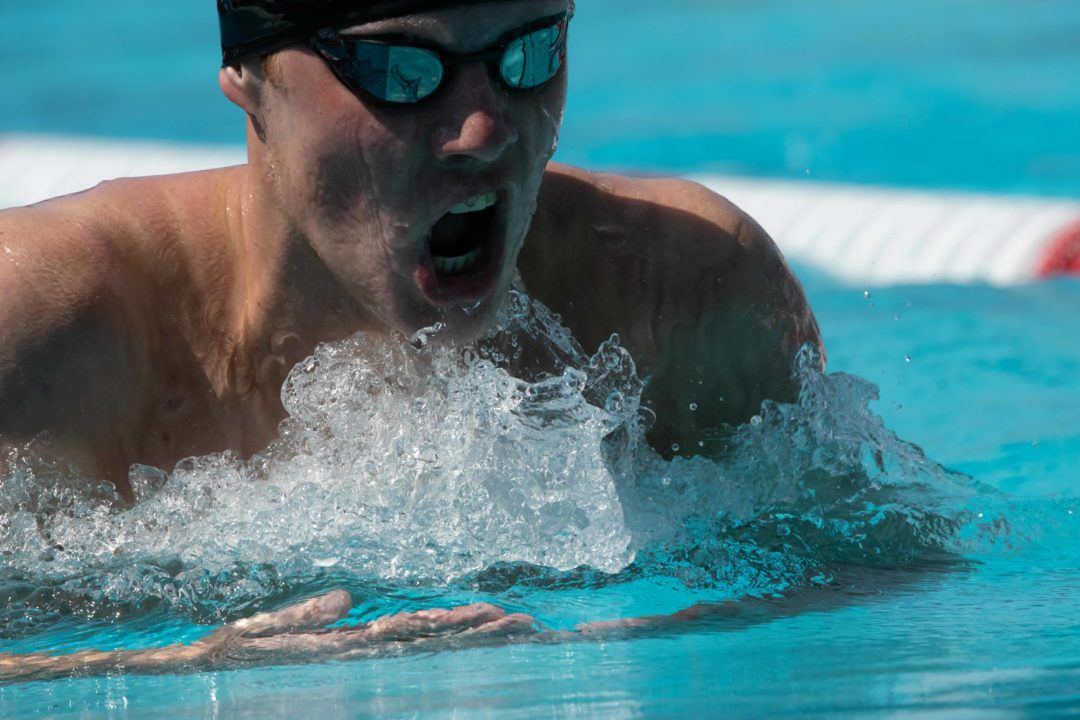 One of the fun parts about the 500 is that it can draw out the drama, and while it turned out Eric Knowlesled for the entire race, his opponents kept it close enough the entire way to keep things interesting. Current photo via Mike Lewis/Ola Vista Photography

One of the fun parts about the 500 is that it can draw out the drama, and while it turned out Eric Knowles led for the entire race, his opponents kept it close enough the entire way to keep things interesting.

Knowles jumped out to an early leading, flipping at 22.93 at the first 50, but Virginia Tech’s Lane Stone was right behind him, flipping at 22.30, and he stayed behind Knowles through the first 300, getting as close as 0.22s back at the halfway point.

Meanwhile, UVA’s Brendan Casey had hung back a bit early on, but started moving up during the middle laps, and eventually pushed past Stone. Casey out split Knowles the final 100, but it wasn’t quite enough, and Knowles made it to the wall a half second before Casey.

Stone hung on for 3rd and lowered the Hokies’ school record in the event by over a second and a half.

An amazing young man. He deserves everything he’s gotten.