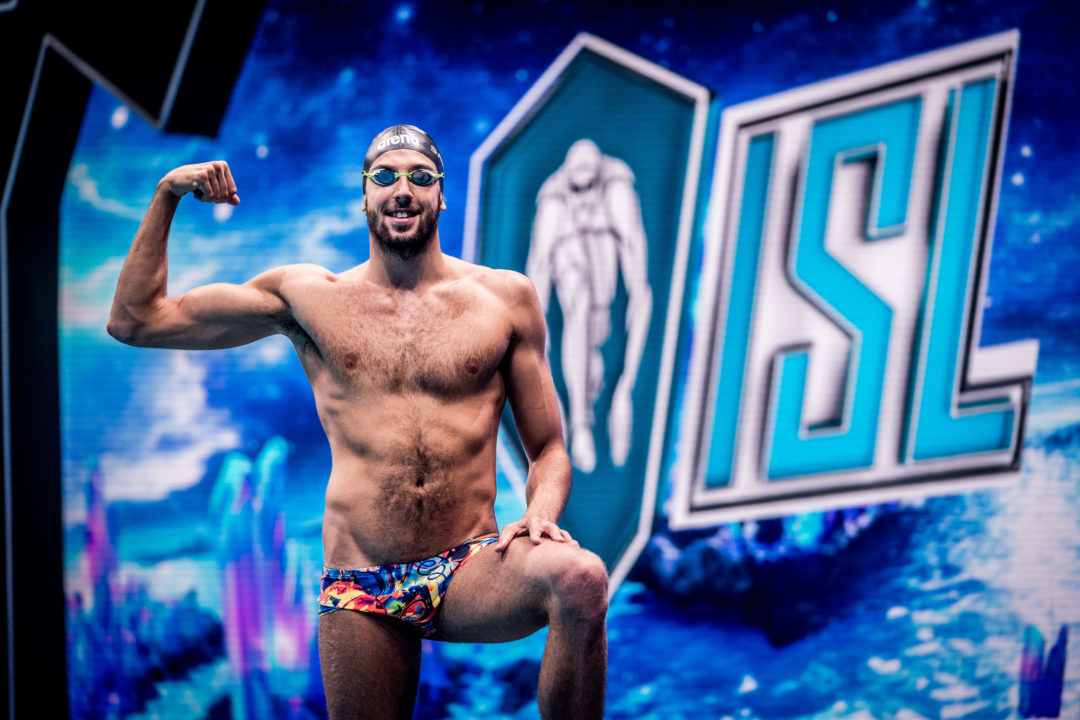 Sakci threw down a time of 25.50 to break Vladimir Morozov's European Record and come within a quarter-second of the world record. Current photo via Mine Kasapoglu

Iron swimmer Emre Sakci followed up his Turkish National Record swim from last week with an even better performance in the men’s 50 breaststroke in the International Swimming League’s fourth match, setting a new European Record in a time of 25.50.

Sakci’s 25.74 from the first match had put him ninth in the all-time rankings.

In terms of historical performances, Sakci’s swim ranks sixth all-time, and is the third-fastest in a textile suit. The two swims that sit atop that leaderboard both come from van der Burgh, who went 25.41 at the 2018 SC Worlds and 25.49 at the 2017 World Cup meet in Berlin.

Sakci earned a staggering 24 points for Iron from the swim, topping all but three swimmers in the field by the allotted jackpot time to steal points from finishers four through eight.

From the looks of him, he can drop half a second by shaving alone!

Anything can happen in 2020