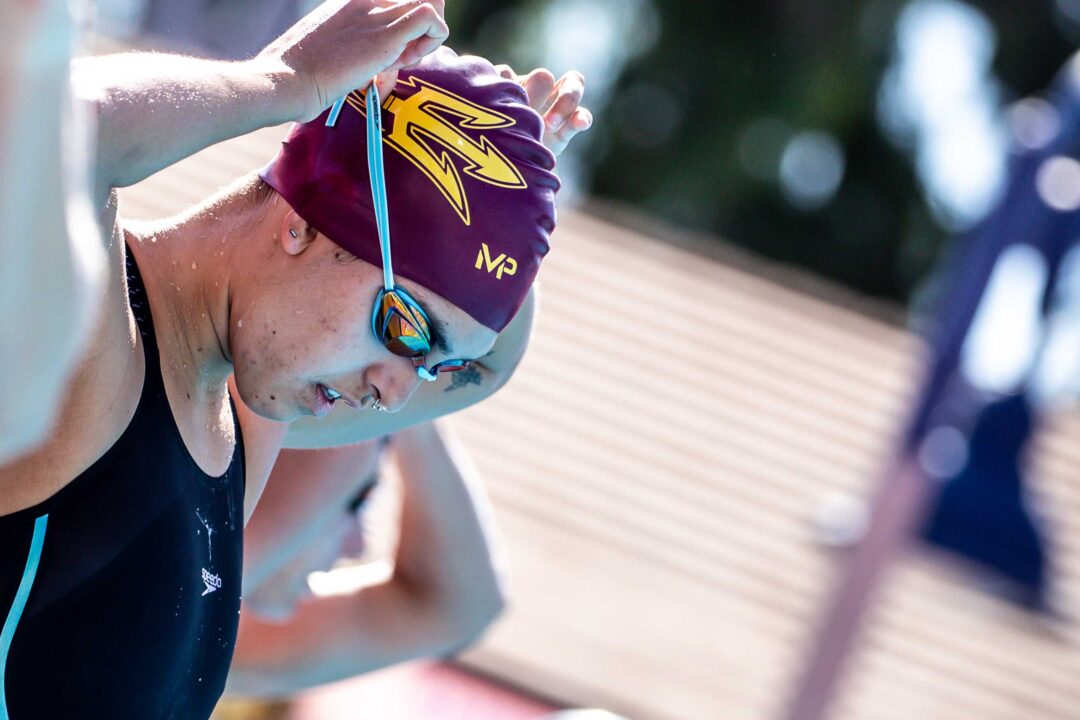 Nordin broke through for third in the 800 free with a 8:29.67, which is her first time under 8:30 and a massive lifetime best by over seven seconds Current photo via Jack Spitser/Spitser Photography

There were only six swimmers in the women’s event, all fitting in one heat to start off the meet. Katie Ledecky is racing this week, but she was not entered in this event, and Leah Smith pushed the pace early.

Smith would go on to win this at 8:24.46, a new season-best by over a second to jump from sixth to fifth in the world rankings. Second went to Ashley Twichell of the TAC Titans in 8:27.41, only two seconds off of a best and her first time under 8:30 this season. Twichell now ranks 11th in the world.

Haley Anderson of Mission Viejo Nadadores looked on-pace for third, but Sun Devil Swimming’s Emma Nordin split 31s to Anderson’s (mostly) 32s over the final 250 meters or so. Nordin broke through for third in 8:29.67, which is her first time under 8:30 and a massive lifetime best by over seven seconds. Her old best, an 8:37.00 from the 2019 Los Angeles Invite, was her first time under 8:40.

Not sure I understood or agreed with her response that not having a ncaa season gave her an opportunity to train cause she didn’t have to worry about covid precautions? Really?!?!

Probably a lot easier to socially distance and be less exposed while living at home.

What assumption are you making of her comment? She’s not saying she didn’t follow precautions, she’s saying not worrying about traveling, getting tested constantly, etc… was a weight off her back. There is absolutely nothing controversial about her comment.

I am saying the precautions are precautions for a reason! Testing takes a couple minutes and that is assuming they weren’t being tested. I never heard one college athlete at ncaas say the covid precautions interfered with their training.

You see how traveling and staying in hotels might be stressful during a pandemic though, right?

Either way, she liked not having to worry about a college season, it’s not a controversial thought.

Emma has such a smooth stroke, lots of DPS it looks like. In the 400 today she was right up with KL the first 200.