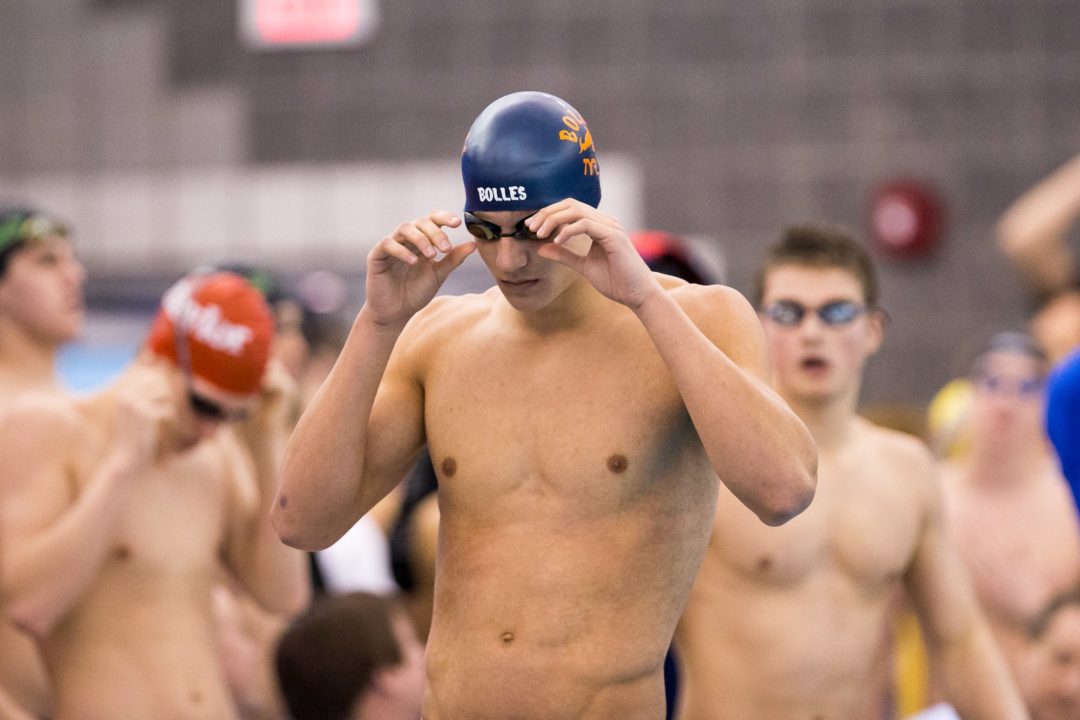 Dressel's blazing 50 free win will remain his only individual Junior National title through two-thirds of the meet. Current photo via Tim Binning/TheSwimPictures.com

The 2020 Winter Junior Championships will take on a different feel than prior years, with meets spread out across the country amid the coronavirus pandemic.

Caeleb Dressel has scratched his 100 yard fly final for Friday night at the 2013 Winter Junior Nationals, which was set to be his only individual swim, after an apparent asthma attack on Friday morning. He will still swim at least the 200 medley relay.

(Correction: an earlier version of this story said that Dressel was scratching the 200 medley relay as well. This was incorrect).

Dressel has been the story of the meet so far. First it was for his 18.94 in the 50 yard free, the first junior ever under 19 seconds, and then today for his attack, apparently due to poor air quality, that left him in an ambulance and hospitalized.

The company that installed the brand new HVAC system has responded, and are taking what they’ve called “emergency action” to correct certain dead-zones in the pool, where air quality is still not good, but Dressel, his coaches, and his family have still opted not to swim in finals, where he had a chance at breaking the National Age Group Record in the 100 yard fly, as well as the 200 yard free in a relay leadoff.

That leaves PASA’s Andrew Liang as the top seed in the final and center stage, where he’ll battle Kyle Gornay and Michael Andrew for the title.

Come back healthy for Saturday and a fast 100 free.