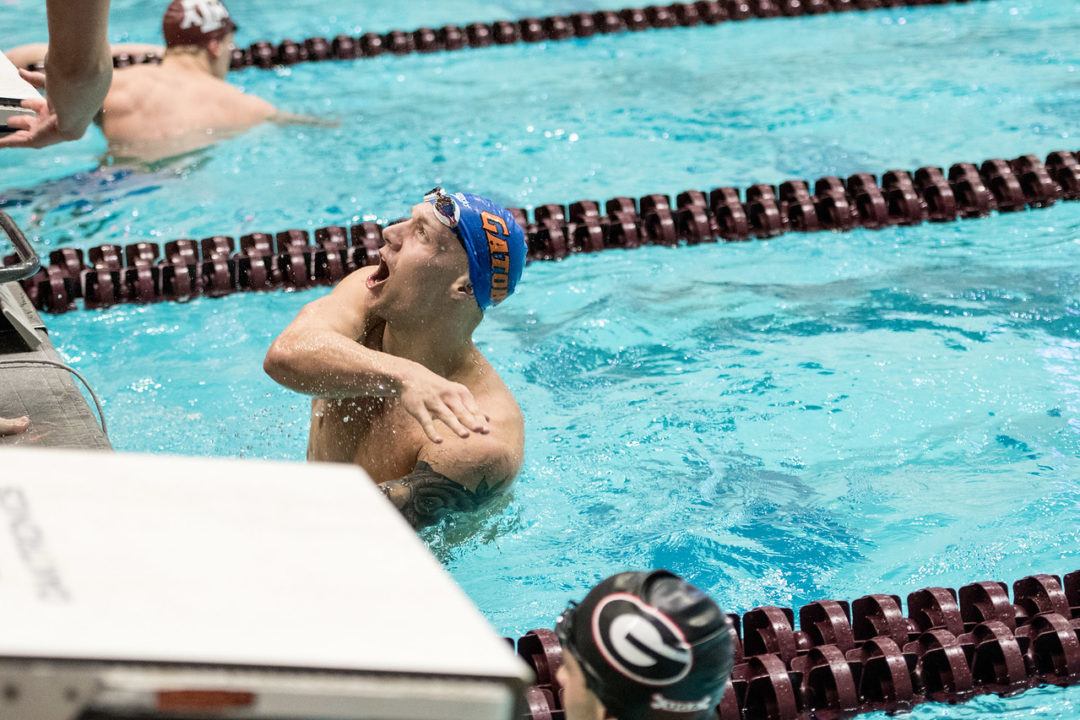 After blowing by the American and NCAA records in the 200 IM on night 2, Florida superstar Caeleb Dressel was at it again at day 4 prelims of the SEC Championships.

Once again taking on an event he doesn’t usually contest at the championship level, Dressel threw down a scintillating 51.07 in the 100 breast prelims. The swim breaks the school record, and also lowers Nic Fink‘s SEC Championship meet record of 51.25 set in 2014.

Dressel’s previous best was a 51.88, done at the Ohio State Invitational in November of 2015.

The swim moves Dressel into 9th all-time in the event. Kevin Cordes is currently the American Record holder in the event at 50.04, a time that has to be on watch for tonight’s final after what we’ve seen from Dressel this week.

Dressel qualified for the final nearly a full second and a half clear of the rest of the field, with Texas A&M’s Mauro Castillo Luna 2nd at 52.56.

With all those pullouts… His 200 breaststroke would be crazy!

Wait, his whole body was beyond the 15m marker at the other end of the pool when surfacing. Should he have been DQ’ed?

There’s no 15 meter rule for breaststroke.

It’s interesting that their turnover isn’t very quick. I thought quick turnover had become the norm for the 50 and 100.

Yeah, I noticed that too! I’m trying to figure out what it is for sure

1
0
Reply
Caeleb Dressel Will Get 8 golds in Tokyo