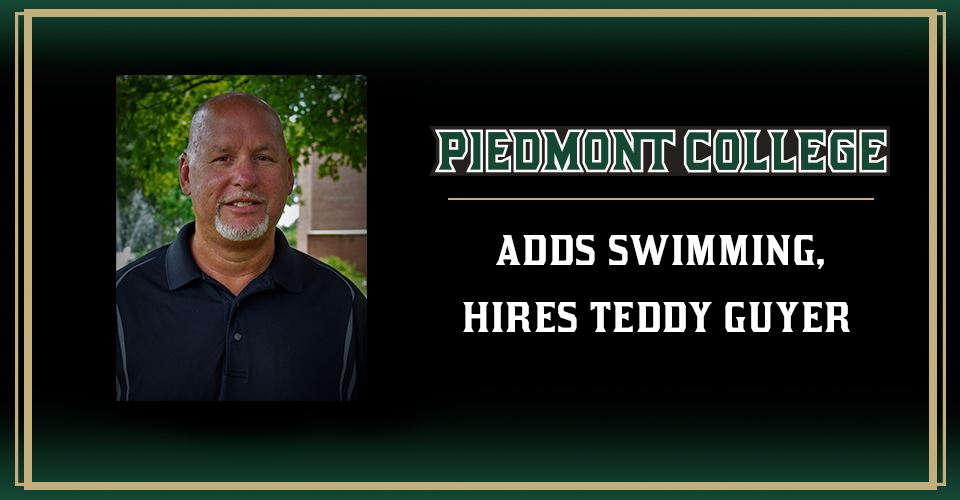 The school has tabbed veteran coach Teddy Guyer to lead the program, which is expected to compete at the varsity level in the 2020-2021 season. Current photo via Piedmont College Athletics

Georgia’s Piedmont College is adding a men’s and women’s swim team and plans for it to compete as a varsity sport the following year, the school announced last week.

The school, located in Demorest, has tabbed veteran coach Teddy Guyer to lead the program starting August 1. He was previously the head swim coach at Mars Hill University from 2005 through this year.

“Our focus at Piedmont has been adding value to our student experience. And we have been able to accomplish that, in part, by adding sports programs that align with our core values and mission,” the college’s president James Mellichamp said. “Swimming has tremendous potential, and we are particularly pleased to partner with the aquatic center in this exciting new venture. This new program is an example of Piedmont’s continued growth and rising profile.”

The team will practice and hold meets at the nearby 14,500 square-foot Ruby Fulbright Aquatic Center in Clarkesville, which includes stadium seating for 250, locker rooms, a 25-meter competition pool and a heated recreation pool.

Guyer served as the first swim coach Mars Hill, as well as Warren Wilson College, where he served as head coach from 1993 to 2005.  He  has coached 114 all-conference swimmers, had 19 swimmers make NCAA national cuts and coached an All-American.

“I am so excited to be at Piedmont, and I can’t thank President Mellichamp and Athletic Director Jim Peeples enough for giving me this opportunity to start this team,” Guyer said. “My goal is to produce a winning team right away with dedicated student athletes. I am looking forward to this new challenge in my coaching career.”

Guyer said plans to spend much of his time recruiting in-state talent, but will also look beyond to build the team up in the near future

“Swimming is a worldwide sport, and everyone wants to come to the United States to swim so I will also be trying to work the international side,” he said. “I would like to see the team have more than 30 swimmers within two years and eventually around 40 after that.”

Piedmont has won the USA South Presidents Cup award the last three years straight. The award is presented annually to the institution with the top-performing athletic program within the conference. During the 2018-19 school year, Piedmont captured four regular-season championships and won five conference tournaments.

Congrats Coach! You are the best!

No doubt one of the most caring and dedicated coaches I’ve ever had. Great guy

Congratulations Teddy! The new program is in great hands!

0
0
Reply
Cares way too much about swimming

No doubt Coach Guyer will be able to develop a successful program. Congratulations!

Good to see another collegiate swim program added in Georgia, now it’s time for kennesaw state to add one