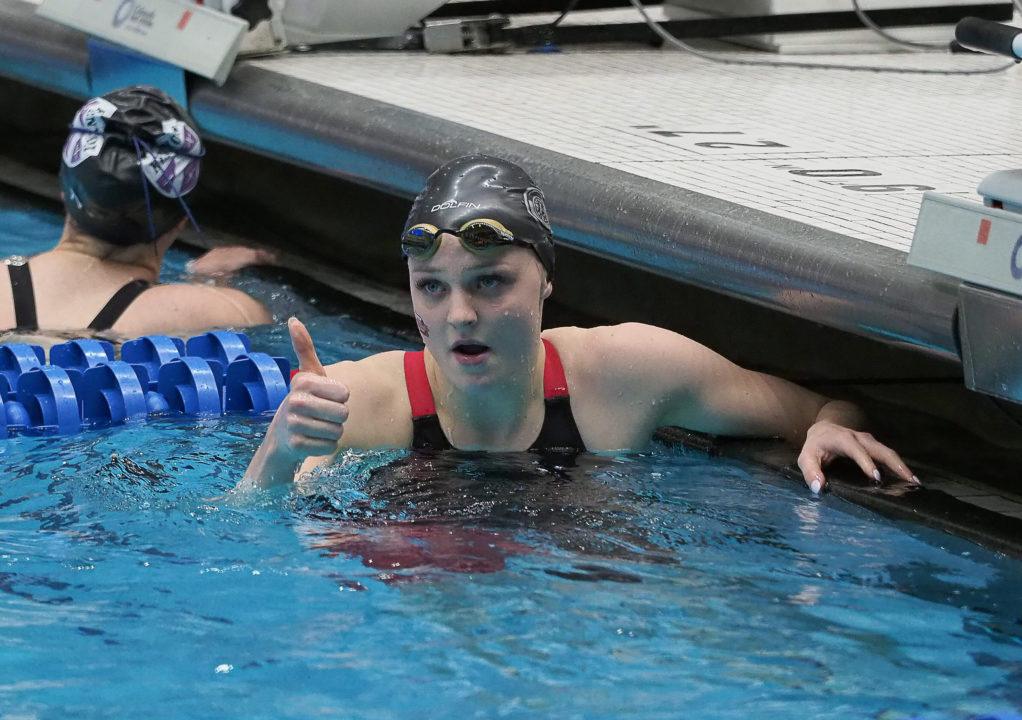 Denison’s KT Kutritz is training in Berkeley with the Cal women’s team for the summer, Cal told SwimSwam.

Kustritz, Divison III’s first woman to break 1:00 in the 100 breast, is heading into her senior season. She is coming off a 2019 NCAA Championship performance in which she won both the 100 and 200 breast individually, and took second in the 200 IM. She swam on four of Denison’s relays, all of which finished in the top three – Kustritz swam a 27.19 breaststroke split on the first-place 200 medley relay.

She also swept the 100 and 200 breast at NCAAs her sophomore season and took second in the 100 her freshman year. In both 2017 and 2019, Kustritz earned first-place finishes in all seven races she entered at the North Coast Athletic Conference Championships and has never finished below second place in the conference.

While Cal is not known for its breaststroke prowess in particular, freshman Ema Rajic had a breakout season last year, dropping well over a second-and-a-half off her 100 breast lifetime best heading into college (1:00.65), placing eighth at NCAAs in 58.97.

Hailing from St. Paul, Minnesota, Kustritz represented Cal at the 2019 Speedo Grand Challenge last weekend. Fellow DIII breaststroke ace Andrew Wilson is also known for having trained with a top-tier Division I program over the summer; he spent the summer of 2015 training with the Texas men, then took an Olympic redshirt before his senior season at Emory to continue with the Longhorns in the run-up to Rio.