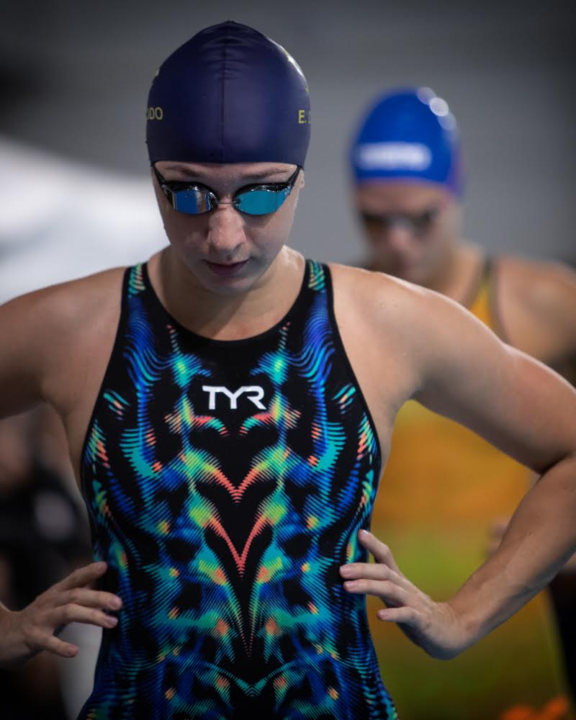 Japan may hold its Olympic qualifier without spectators due to the coronavirus outbreak. Key Italian swimmers support a similar move for the Italian Champs. Archive photo via “Rafael/Domeyko Photography”

With news that Japan may hold its Olympic qualifying meet without spectators due to the coronavirus outbreak, several key Italian swimmers have expressed support for a similar move with the Italian Championships.

Elena di Liddo, Federica Pellegrini, Stefania Pirozzi and Alice Mizzau all took to social media supporting a spectator-less meet in order to keep athletes healthier in the leadup to the 2020 Olympics.

Di Liddo, a 26-year-old European Champs medalist, posted to her Instagram story, screenshotting a SwimSwam Italia story about Japan’s Olympic qualifying meet. We reported earlier this week that Japan was considering closing the doors of its Japan Swim to spectators in response to the COVID-19 virus outbreak.

“Football does it, which has millions of Euros to lose… Let’s do it too! Let’s avoid upsetting the preparation of athletes who train four years for one goal!”

Pellegrini, Pirozzi and Mizzau all reposted di Liddo’s post to their own personal Instagram stories with the caption “Concordo” or “I agree.”

Pellegrini, in particular, is a big name to throw her support behind a closed-door championships. She’s a four-time Italian Olympian and won the 200 free gold medal back in 2008. Pirozzi and Mizzau are former European relay champs.

The COVID-19 coronavirus outbreak started in Asia, but has hit Italy particularly hard this week. CoronaTracker.com currently reports 528 confirmed cases of COVID-19 in Italy with 14 deaths – that’s more confirmed cases than any country other than China and South Korea.

The Italian Swimming Federation suspended training in the country’s northern regions this week, and meet organizers canceled the City of Milan Trophy meet set to happen next week.

The outbreak has also caused China to delay its Olympic Trials, and there has already been speculation about canceling or postponing the 2020 Olympics, set to take place in Tokyo, Japan in July. Japan has already moved to close all of its schools for a month to prevent the spread of the virus.

of course , too much drama from the Mass Medias , as always …..i dont even read articles about it anymore . The Fear factor nonsense is boring now .