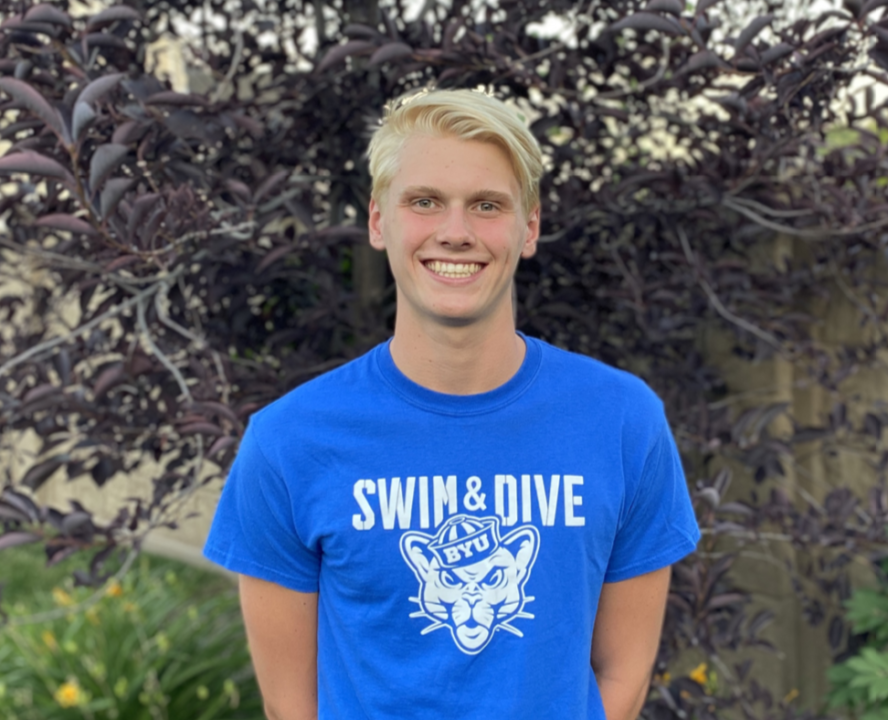 Winter US Open qualifier Tanner Nelson has verbally committed to swim for BYU's class of 2025. He will join the Cougars in the fall of 2021. Current photo via Tanner Nelson

Tanner Nelson of South Jordan, UT has announced his decision to swim at Brigham Young University beginning in the 2021-2022 season. Nelson swims year-round for Utah Valley Aquatics and he is a rising senior at Bingham High School.

“Excited to announce my verbal commitment to Brigham Young University! I would like to thank my friends, family, and coaches in helping me through this process! I can’t wait to be a cougar! GO COUGS!”

Nelson went into finals as the 6th seed in the 200 breast. He dropped 2.5 seconds from prelims to finals (2:23.05), jumping to third place. He took home the gold medal in the 200 and 400 IM. Nelson out-touched Drew Reiter of Central Iowa Aquatics by 0.59 seconds to win the event. He later came from behind Cypress Fairbanks Swim Club’s Munzy Kabbara to take home the gold medal in the 400 IM. He came into the meet with a best time of 4:35.12.

Nelson earned Winter US Open qualifying times in both the 200 and 400 IM at the meet. He earned the Male High Point Award for his top performances at the meet.

Nelson will be a top swimmer for Brigham Young University when he arrives on campus in the fall of 2021. His 1000 free is 2.16 seconds faster than the current school record, while his 500 free is only 1 second off of the record. He will be swimming alongside Tyler Edlefsen — who holds the team’s top time in the 400 IM — and Caleb Gould — a distance swimmer from the incoming freshman class.