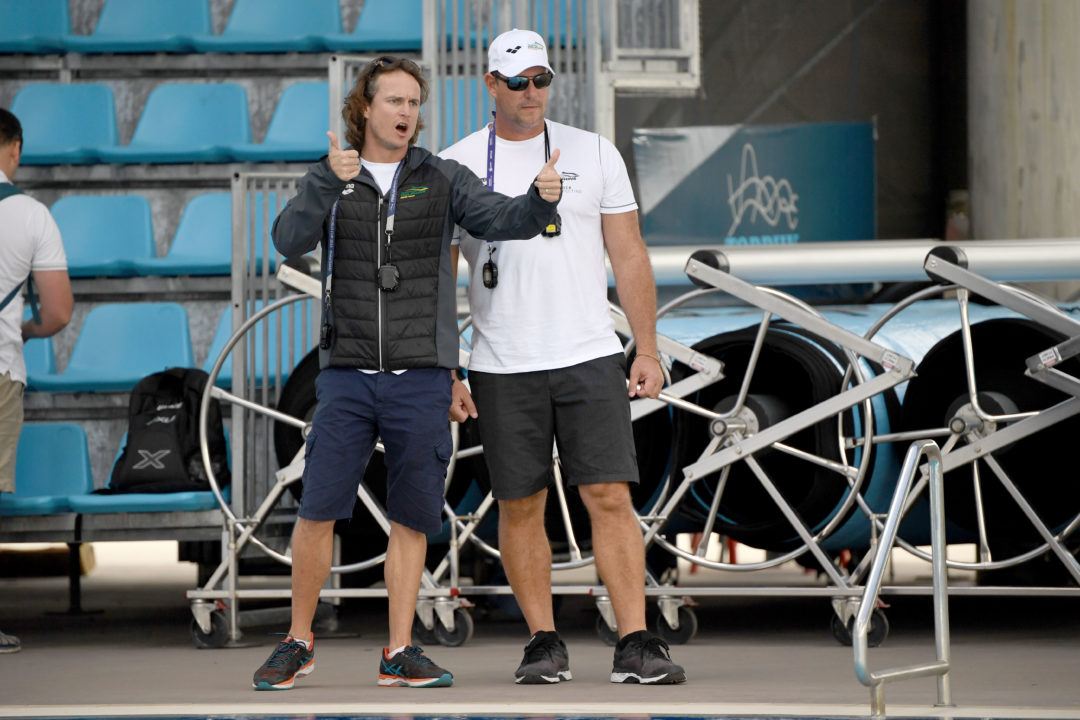 Dean Boxall has been named the Australian Swimming Coaches And Teachers Association Coach of the Year after his team's successes. Archive photo via Swimming Australia

Dean Boxall has been named the 2019 Australian Swimming Coaches And Teachers Association (ASCTA) Coach of the Year.

This comes after his success at the 2019 World Championships, where he coached Ariane Titmus, Clyde Lewis, and Mitch Larkin onto the medal stand.

Larkin found his way to an individual bronze in the 100m backstroke and a gold medal as a member of the 400m mixed medley relay.

Boxall coaches at St. Peter’s Western. Despite this award, the year has not been perfect for him as he’s faced a lot of controversy. This first began when his swimmer Shayna Jack tested positive for the banned Ligandrol, sparking controversy within the Australian federation after her abrupt withdrawal from the World Championships team. Then, he faced bullying accusations from several athletes at St. Peter’s, who claimed that they were being fat shamed among other things.

Jack’s case is still unclosed, as she will face a hearing with CAS to determine if she can get a reduction on her four year ban.