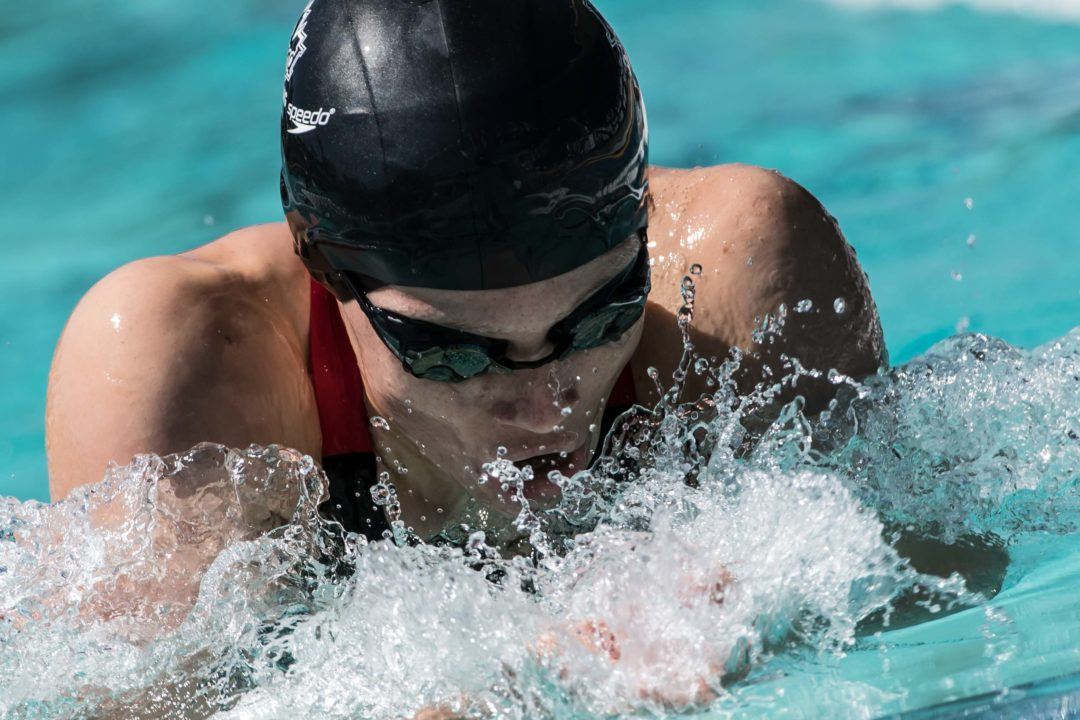 LOS ANGELES – Cal extended its dual-meet record to a perfect 9-0 on the season with a 183-111 victory at UCLA Saturday as the Golden Bears won 15 of 16 events on the afternoon.

Thirteen different Bears earned a first-place finish in individual events, with junior Amy Bilquistprevailing twice – in the 100- and 200-yard freestyle. Cal also won both the 200 medley relay and 200 free relay.

The result comes one day after the Bears downed USC, 169-131, to give them a sweep of their Los Angeles trip. Cal’s final dual meet of the year is at Stanford on Feb. 10, followed by the Pac-12 Championships at the end of February and the NCAA meet in mid-March.

“I thought we did a nice job coming back and building on what we did yesterday,” head coach Teri McKeever said. “Now, it’s about staying healthy, focusing on finishing up the dual-meet season and getting as many people qualified for NCAAs as we can.”

Murphy, McLaughlin, Bilquist and Weitzeil closed things out with a time of 1:30.95 to win the 200 free relay.

LOS ANGELES – The UCLA women’s swimming and diving team wrapped up a weekend of home Top-5 matchups with a loss to No. 5 California, 183-111. Emma Schanz posted the lone UCLA win of the day, while a number of Bruin swimmers tallied runner-up results.

For the second straight day, diving began the day. One day after posting a win in the Bruins’ dual meet against No. 3 Stanford, Ciara Monahan (284.70) finished second to Briana Thai of Cal (288.08). Monahan returned later in the day to post yet another runner-up finish, notching a score of 302.48 in the 3-Meter, just behind Cal’s Phoebe LaMay (305.93) for the top spot.

The Bruin “A” team of Jennifer Lathrop, Schanz, Amy Okada and Kenisha Liu finished third in the 200 Medley Relay (1:42.90) for UCLA’s top finish in the event. In the first distance race of the afternoon, Sandra Soe finished second in the 1000 Free (10:03.18), while Margaux Verger Gourson and Lisa Kaunitz backed her up in fourth and fifth, respectively.

Kenisha Liu challenged Cal’s Amy Bilquist, but finished 76 hundredths of a second behind the Golden Bear for another second-place showing. Freshmen Lathrop and Lucy Agnew each contributed to the Bruin cause in the 100 Back, while Schanz touched the wall just 27 hundredths back of Alicia Harrison and the top spot in the 100 Breast. Emma Cain and Sarah Kaunitz also posted strong performances.

It was another narrow second-place result for UCLA in the 200 Fly, as Okada checked in at 1:58.61. Katie Grover‘s 23.24 time in the 50 Free challenged Golden Bears Abbey Weitzeil and Katie McLaughlin and was good for third. The senior from Atlanta also turned in a strong performance in the 100 Free (50.49), coming in just over a second back of winner Bilquist (49.34). Liu checked in at 50.55 to take third.

UCLA will return to action when No. 13 USC visits Spieker Aquatics Center on Feb. 9.

Would love to see where her LC 200 free is at right now. It’d be great to have her back fighting for a spot on the national 4×200 relay. Her leg on the relay (plus her gutsy 2fly ‘fly and die’ final) at World’s in 2015 as a 17 yr old was one of the highlights from an overall lackluster meet for the US team.