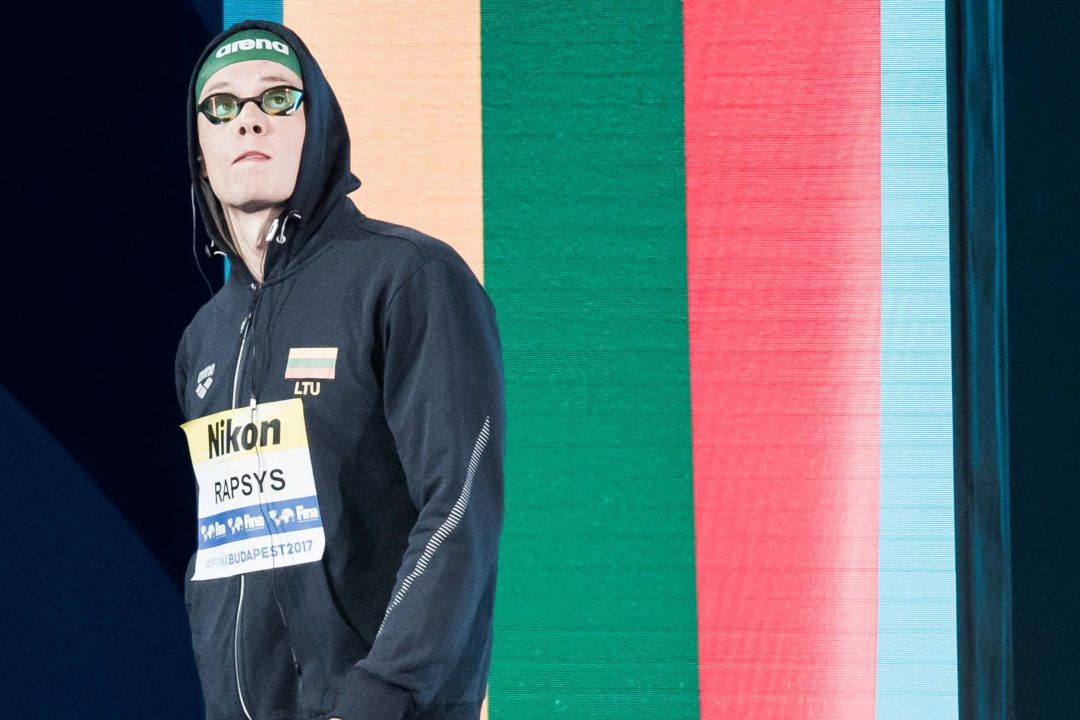 Danas Rapsys became the 3rd fastest performer in history with his 3:34.01 in the men's 400 freestyle. Archive photo via Mike Lewis/Ola Vista Photography

After smashing his Lithuanian Record in the preliminaries by close to four seconds, Danas Rapsys made another significant drop in the final, knocking another 2.6 off as he won gold and became the 3rd fastest performer in history in the men’s 400 free.

Rapsys had gone 3:36.65 in the prelims to lower his national record of 3:40.57 and take the top seed for the final, a time that put him 12th all-time in the event. In the final he was out aggressively, leading by over seven-tenths after 50 metres, and would not be denied as he had the fastest split in the field on six of the eight 50s to win by well over two seconds in 3:34.01.

That swim bumps him up to 3rd all-time in the event, and lowers the Championship Record of 3:34.32 set by Peter Bernek of Hungary in 2014. He now only trails Yannick Agnel and Paul Biedermann in the historical rankings, both of whom have been down in the 3:32s.

Hackett’s 3.34 is probably the most impressive out of the top 5.