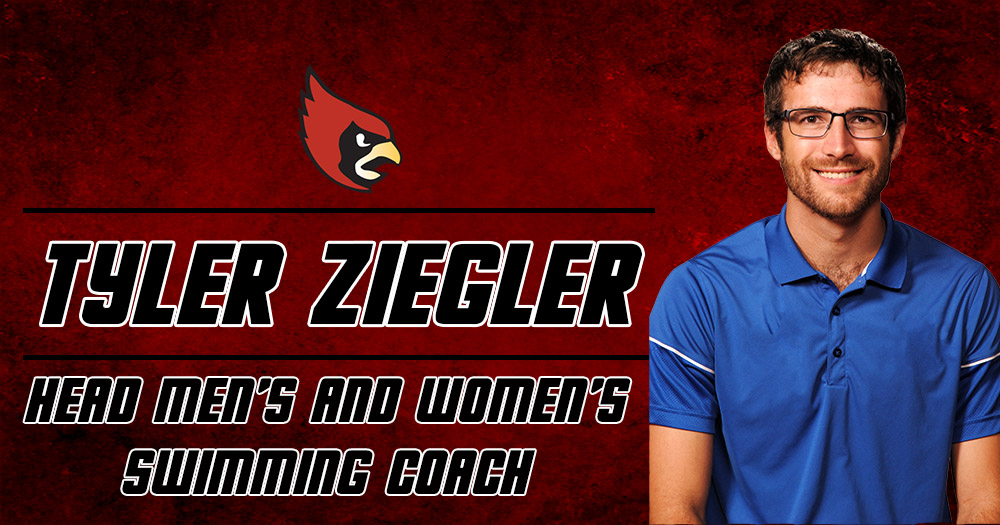 Lavery, who has also served as an assistant at Georgia Tech and Villanova, has been named the new head swimming & diving coach at Drexel.

Catholic University has announced the hiring of Barton College head coach Tyler Ziegler, who will return to Catholic U, this time as head coach.

Ziegler was an assistant coach for Catholic University for two seasons: 2014-2015 and 2015-2016. He left to take the head coaching job with brand new men’s and women’s programs at Barton College, where he coached for four seasons. Catholic U has now announced that Ziegler will return to the school to take over for resigned head coach Paul Waas.

Catholic University competes in Division III of the NCAA and the Landmark Conference. The Catholic U men have won four consecutive Landmark titles. The women’s team won its first-ever Landmark title in 2020, giving Catholic U the first-ever men’s and women’s sweep of swimming & diving titles in the conference’s history.

The Catholic University press release is below:

WASHINGTON, D.C. – Associate Vice President and Director of Athletics Sean Sullivan announced today that Tyler Ziegler has been hired as the Head Swimming Coach at Catholic University, replacing Paul Waas who resigned in May after 12 seasons.

“We are thrilled to welcome Tyler Ziegler back to Catholic,” said Sullivan. “When setting out to find the new leader for this vibrant program, the hiring committee was immediately impressed with the depth of the candidate pool. However, as a former Catholic assistant, one who has grown into a championship-winning head coach, Tyler embodies many of the qualities we valued. With a strong understanding of the specificity of training often required in swimming, experience on our own campus and years of thoughtfully building impactful relationships with his student-athletes, Tyler is exceedingly well prepared to lead our two teams to continued competitive success and holistically productive experiences. We are greatly excited that a former Cardinal is once again, a current Cardinal.”

A former assistant coach for the Cardinals, Ziegler returns to the District after spending four seasons as the head coach at Division II Barton College where he established the first ever men’s and women’s teams. Under Ziegler, the Bulldog men captured the first two Conference Carolinas championships in 2019 and 2020 while the women won the inaugural championship in 2018, culminating in him being named Conference Carolinas Coach of the Year each time.

Ziegler mentored 56 all-conference selections and 15 conference champions on the women’s side and 35 all-conference selections and four conference champions on the men’s. The women posted eight NCAA B cut times while the men added seven, including Bartlomiej Swiderski who qualified for the 2020 NCAA Division II Swimming Championships after setting the Conference Carolinas record in the 200-yard backstroke. Swiderski was selected as an All-American by the College Swimming Coaches Association of America (CSCAA).

“I would like to thank Sean Sullivan, Dr. Judi Biggs Garbuio and the rest of the search committee for this opportunity,” said Ziegler. “I am humbled and beyond excited to be selected as the head coach. I am thrilled to work with a team that is coming off one of it’s best seasons in history. I can’t wait to get to know the members of the squad. I will be looking forward to leading our roster as we strive to play our part in Catholic University’s mission which is centered in service and faith.”

Ziegler also led Barton to success in the classroom as the women were selected by the CSCAA as a Scholar All-America Team in five of his eight semesters at the helm while the men were honored twice. Three women and one male received CSCAA Scholar All-America honors and this past season, A.J. Hoscila was named the 2019-20 Conference Carolinas Men’s Swimming & Diving Scholar-Athlete of the Year.

“Tyler demonstrates a remarkably high emotional intelligence in his approach to developing a culture and coaching his student athletes,” said Jeff Dugdale, head coach at Division II Queens College who has led the Royals men and women to five-straight national championships and also serves as a coach of the USA National Team. “I have enjoyed watching his passion from deck level and seeing how it translates to his student athletes and the results speak for themselves. Catholic University is blessed to have Tyler as their new leader of the swimming programs. I am confident that he will continue to build a strong culture of excellence in the classroom, in the community and in the pool.”

“Tyler is the perfect coach to take this program to new heights,” said Waas. “He is smart, driven and his teams compete with character and class. This is the start of something big.”

Ziegler is a 2013 graduate of York College of Pennsylvania with a bachelor’s degree in sports management. He spent four seasons on the men’s swimming team, serving as team captain as a senior when he helped lead the Spartans to a third-place finish at the Capital Athletic Conference (CAC) Swimming Championships.

A native of Coatesville, Pa., Ziegler spent four years as an assistant swim coach at the Brandywine YMCA where he also served as the aquatic program coordinator. He earned his master’s degree in general management from Catholic in 2016.

Congratulations man! I know you will do big things up there!

Tyler is going to kill it, the future has never been brighter for Catholic