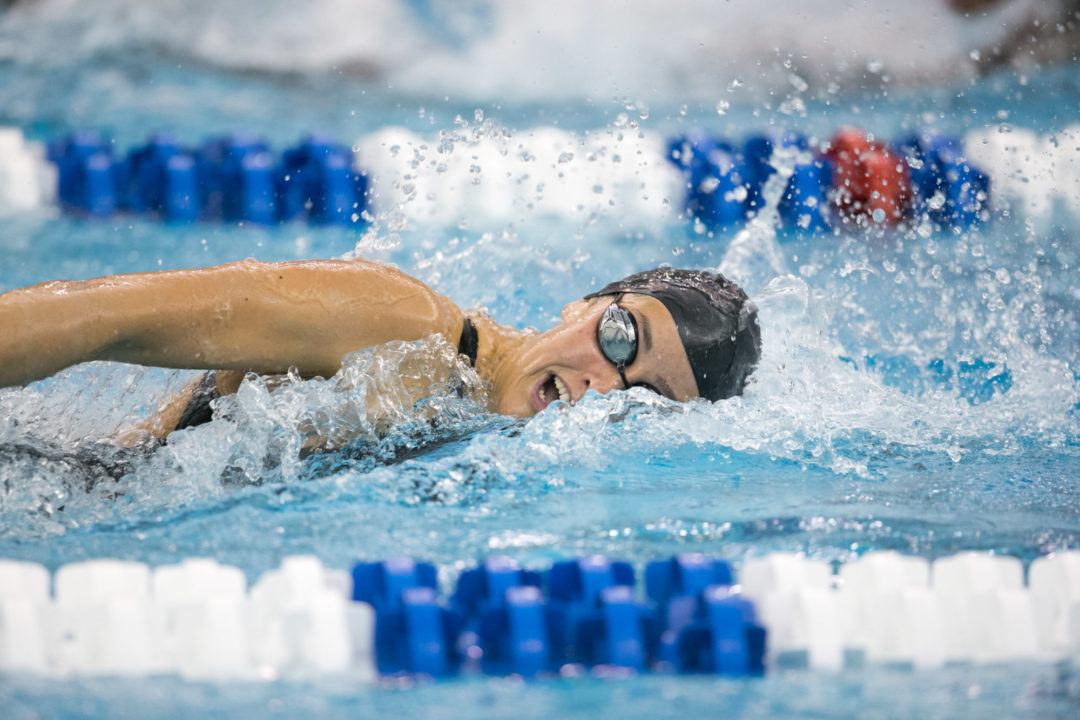 Anika Apostalon took down Czech SCM records in the 50 and 100 free races this past weekend. Archive photo via Tim Binning/TheSwimPictures.com

At the Brno Grand Prix meet over the weekend, which was held in SCM, several Czech national records went down. Additionally, and unsurprisingly, Katinka Hosszu decided to enter and race all sixteen women’s events offered at the meet.

Anika Apostalon, who most recently raced for the USC Trojans and began representing the Czech Republic at meets this year, took down two Czech national records. According to Czech sport news agency Sport.Cz, Apostalon won the 50 and 100 free, going 24.09 in the 50 and 52.64 in the 100. She was under Barbora Seemanova‘s 24.57 NR from the 2017 European Championships and Jana Myšková‘s 53.81 mark from all the way back in 2003.

This meet served as the final qualification meet for the Czech team for SC Worlds, and Apostalon successfully made it onto their roster with her times this weekend. Also adding their names to the team were Kristyně Horská and Tereza Horáková for their swims of 2:11.17 and 4:41.19 in the 200 IM and 400 IM, respectively.

Hosszu, for her part, won 13 of the 16 events. She reportedly relegated to a kiddie pool filled with ice at the meet’s conclusion.