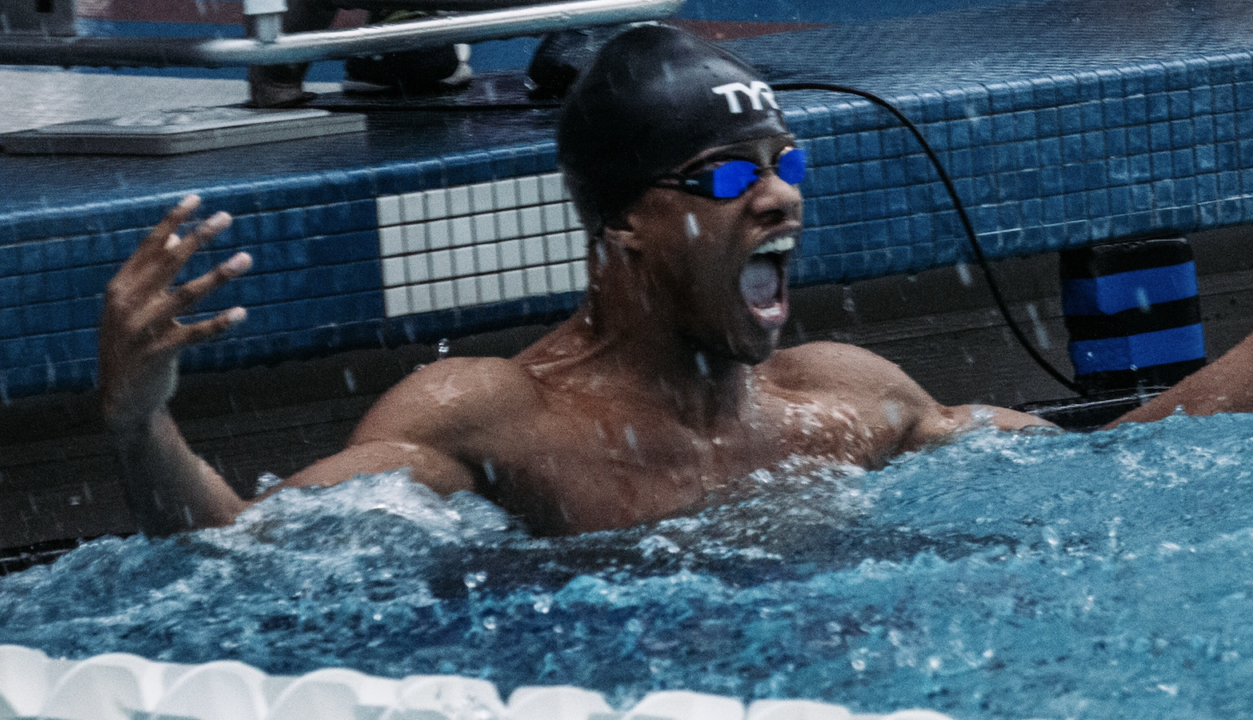 Following a battle in the 50 free on Saturday, David Curtiss and Michael Chadwick are both looking to claim victory in the 100 free on Sunday in Richmond. Archive photo via Aidan Medina

Sunday morning’s prelims session of the Pro Swim Series in Richmond will feature some of the closest races of the weekend.

Notable scratches from the session include Jack Conger, Justin Winnett, Rachael Stege, Logan Zucker, and Nick Vance, who are all not in attendance this weekend.

In a relatively short session, the women’s 200 IM will feature a battle between top talents Emily Escobedo and Grace Sheble. Escobedo has been having a very strong weekend, posting a best time of 1:07.11 in the 100 breaststroke on Friday, along with a time of 2:23.46.in the 200 breaststroke on Saturday. The 25 year-old is the oldest entrant in the entire field, but still holds the second seed with her time of 2:14.84. Sheble has also been having a good weekend, claiming a 1st place finish in the 200 butterfly.

The pair will be joined by Miranda Tucker, Bailey Nero, and Erin Gemmell, who are all seeded within range of claiming victory in the event.

Like San Antonio, the men’s side will be highlighted by the 100 freestyle, where some of the top swimmers in the US will throw down. Leading the pack Michael Chadwick holds the only seed under :49 seconds.

Following his best time in the 50 freestyle, 18-year-old David Curtiss will also be a contender for the 100 freestyle crown. Currently, his best time stands at 51.49, which leaves him seeded 13th. However, it seems likely that Curtiss will lower that over the course of the day.

All three swimmers will be joined by Jack Saunderson, Colin Wright, Justin Ress, and Coleman Stewart in the event.