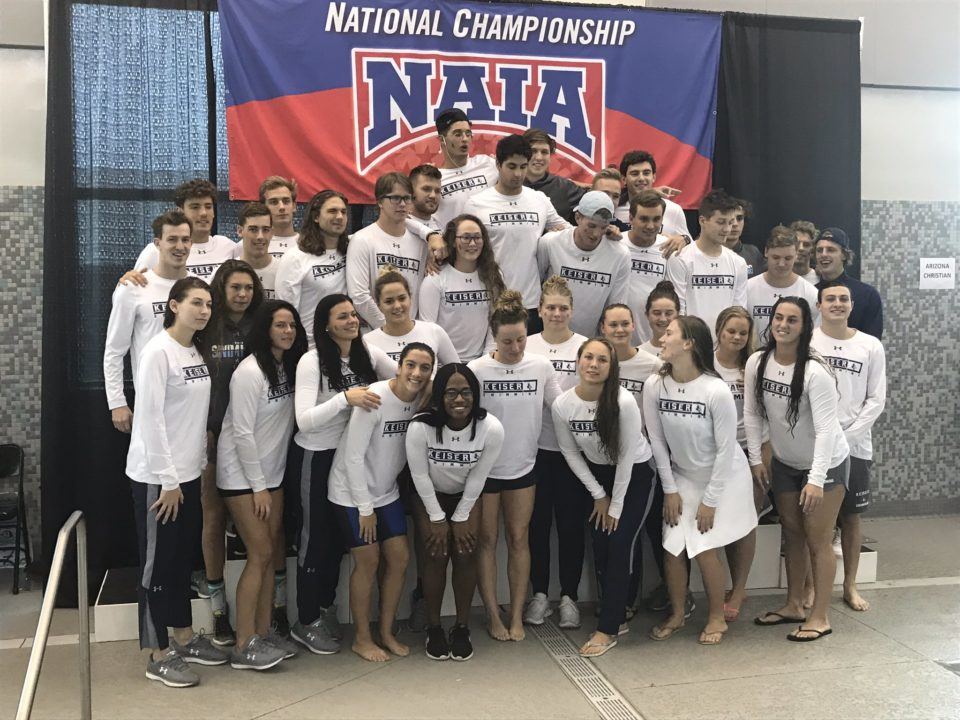 Cumberlands senior Thomas Crawford was named NAIA Diver of the Year after winning the 1-meter event with 204.20 points.

St. Ambrose was awarded Diver of the Meet and her coach was awarded Diving coach of the year, while SCAD was given the women’s team award, along with the CSCAA award. Keiser, Cumberlands, SCAD and St. Ambrose swept awards.