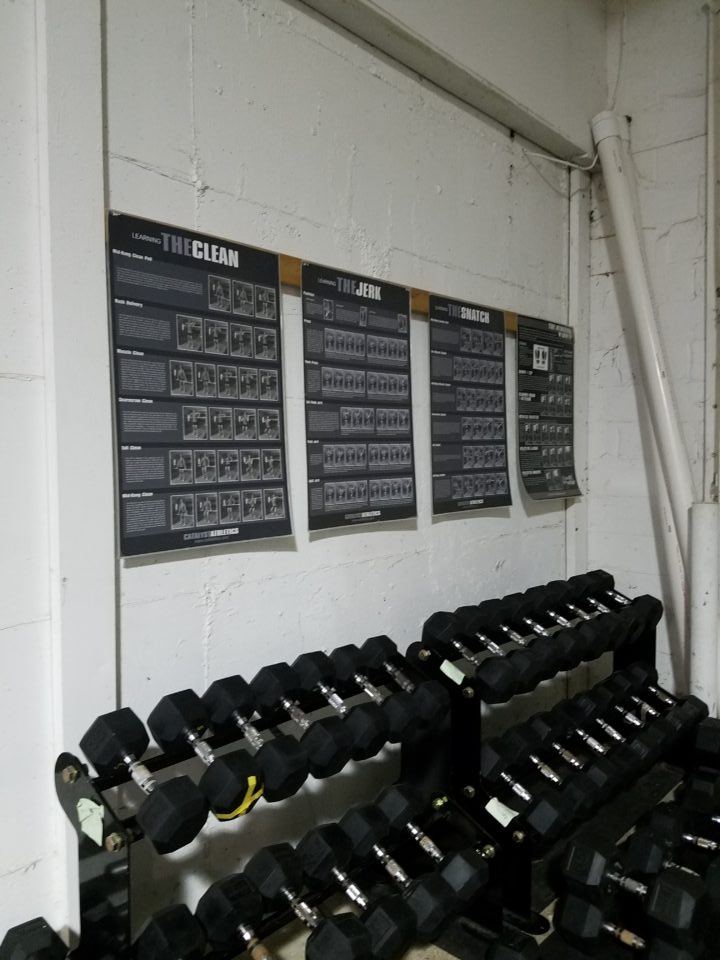 We looked at how CrossFit competitions draw similarities to swim meets, but the actual practices are more alike than you may think. Current photo via @rettarace

As a Masters swimmer who added CrossFit to her training regimen just a few months ago, I am now getting even more attuned to how similar the multi-disciplined, land-based sport is to swimming. I already drew similarities between CrossFit and my aquatic love in terms of actual meets, but now that I’m in the groove of

balancing training between the two sports, I can recognize elements common to both on a daily practice level, too.

As much as we take pride in being one with the sunrise during our early morning workouts, several other sports also kick things off before 99% of the world. CrossFit is one of those, with most boxes offering workouts at 5am. These give folks of all ages a chance to get their sweat on before heading to school, work or home life.

Just as with swimming where the clock drives our wall send-offs, pace times and set cycles, the clock is the underlying force behind all CrossFit WODs (workouts of the day). At the gym, or ‘box’ as CrossFitters call it, lifts can be done every-minute-on-the-minute or a WOD may have a 12-minute time cap as just 2 examples of how the clock sees all and is king of the workout.

Maybe your coach doesn’t use a whiteboard, but lots of pools have them on-deck on which workouts are written, techniques are illustrated out, or times are kept track of. Brackets are an especially frightening thing to see on a whiteboard sitting alongside a pool. CrossFit also uses white boards with frequency as well, logging personal bests, writing out the day’s WOD or listing everyone’s efforts for the class. You leave unattended markers at your own risk with both!

EMOM. WOD. ME. OHS. BP. Just as in swimming where we’re subject to abbreviations to the tune of IM, SKIPS, CH, RI and AFAP, CrossFit athletes suffer through figuring out acronyms in the beginning, too. I was fairly confused early on, but, like with swimming, one can figure out the most commonly used lingo after just a few practices.

You look forward to sharing the lane with your favorite teammates, swimmer usually with whom you share intervals and have similar abilities. The same goes with CrossFit as well, where I seek out fellow athletes who usually lift in the same range as I do. We’ll gravitate to the same rack and try to share stories and a few laughs in between our huffing & puffing.

I can definitely see similarities between a general swimming workout and a CrossFit workout, even with the sports taking place in totally different surroundings. CrossFit starts with a warm-up of running, biking, rowing, stretching, etc., then moves on to a particular skill set that’s done deliberately, such as dead lifts, push presses, back squats, etc. Then, the intense portion of the CrossFit session involves max effort, pushing athletes to the point of puking. As a Masters swimmer I don’t hit that stage very often in the pool, but we’ve all seen many-a-team post a swimmer hugging an on-deck trash can.

Just as you can go up and down a lane with poor technique, yet still say you’re a swimmer, you can risk injury and sloppily complete bench presses and clean-and-jerks and still say you’re a ‘CrossFitter.’ Seasoned swimmers know there is a right, efficient way to move your body through the water, just as CrossFitters know there is a correct way to generate power and momentum as you raise the barbel from the ground. In both sports it pays to learn, do it right and watch how the best of the best get it done.

Ok, so maybe that’s a little harsh, but as much as I love rocking the swimmer bun and cozy parka, I wouldn’t go out to the club on a Friday night wearing in ‘swimmer chic’ mode. Such is the case with the ‘post-CrossFit look’ as well. My make-up isn’t nearly as on point, my hair frizzes up a few notches and my clothes are drenched to the point that I look as though I actually may have been swimming in them. Both sports kick your butt – if you put forth the effort – and both leave you heading for the showers.

Except in swimming, good technique is actually a priority.

Depends on the coach… in both swimming and CrossFit

AA AA – That’s been my experience in both sports. Just as you can get the type of swim coach that gives you a workout and then tunes out for 2 hours, there are land coaches who turn a blind eye to bad form. Hopefully they are rare in both arenas.

you got it backwards…. crossfit is based on a dean Farris simple dryland activation routine

Not similar in application.

Matt Fraser is not similar to any elite swimmer. Both great athletes. Not sure why swimming has adopted such anti-specific movements for in water strength

CrossFit is good and all, but my shoulders hated it. Had to give it up. Also, seemed to have someone at least a couple times a year w a pretty horrible injury in our crossfit gym. Haven’t seen any major injuries on our Masters team…at least not from swimming. Occasionally one of triathletes has unfortunate road incident

A good (or even just decent) coach should help you scale the crossfit workouts down in terms of weight or movements or reps so that this doesn’t happen. But when they don’t it’s hard not to let the ego intervene and try to do as much weight as everyone else (or, for guys, when all the girls are lifting more than you) when you aren’t ready for it yet.