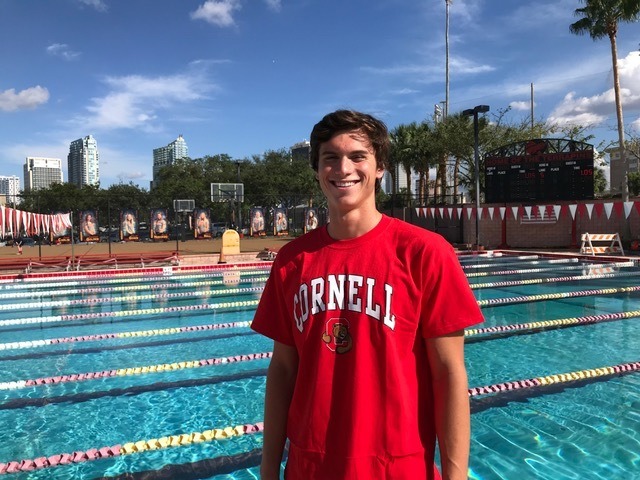 Ricardo Martinez, who swims for Osceola Fundamental High School and Tampa Bay Aquatics, has made a verbal commitment to the application process at Cornell. Current photo via Ricardo Martinez

Florida IMer Ricardo Martinez has announced his verbal commitment to the application process at Cornell University.*

“I want to thank coaches Wes Newman and Jordan Lieberman for offering me such a great and exciting opportunity to swim and study at Cornell. Go Big Red! I also want to thank my family, teammates, and the coaches who have inspired me with a sky’s-the-limit attitude over the past 10 years: Rod Rombauer, Bryan Clarke, Kyle Homad, Dwight Anderson, Andrew Nguyen, Ash Milad, Karen Smalley, Randy Reese, Susan Curnette, and Jason Bowes.”

Martinez, who hails from Saint Petersburg, swims for Osceola Fundamental High School and Tampa Bay Aquatics; he spent his formative years in Seattle with the West Seattle YMCA, Bellevue Club Swim Team and KING Aquatic Club. He is a two-time USA Swimming Scholastic All-American, NISCA All-American, and U.S. Open Qualifier in the 200 IM and 200 backstroke. Martinez was the 2016 Florida 3A State High School runner-up in the 200 IM, and was selected to the USA Swimming 2015 National Diversity Camp in Colorado Springs.