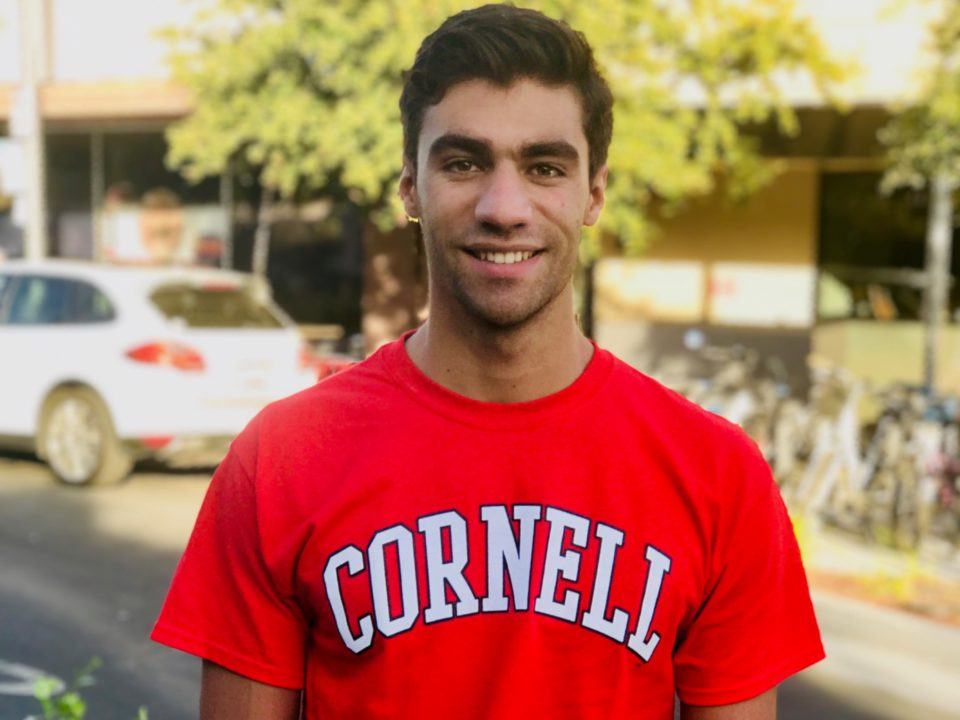 Cyrus Morrison, currently a sophomore at University of California, Berkeley, has committed to Cornell University and plans to transfer back to Ithaca for the spring 2018 semester. He will join Cornell’s class of 2020. Current photo via Cyrus Morrison

Cyrus Morrison, currently a sophomore at University of California, Berkeley, has committed to Cornell University and plans to transfer back to Ithaca for the spring 2018 semester. He will join Cornell’s class of 2020.

“I am proud and grateful to announce my verbal commitment to Cornell University to continue my academic and swimming career beginning Spring 2018!  Thank you to Coach Wes, Coach Jordan and the Men’s team for having me out.  I immediately felt at home with everyone at Cornell and excited to join them in a couple of months.  Thank you to my wonderful family, awesome teammates and friends for your support.  Special thanks to Coach Tony and Coach Dana for helping me get where I am today!”

Morrison is a sprinter who swims for Palo Alto Stanford Aquatics. He attended Junipero Serra High School where he holds records for the 100 free and 400 free relay. At the 2016 CIF-CCS Swimming & Diving Championships, the then-senior Morrison finished seventh in the 100 fly and 11th in the 50 free. He went on to compete at the inaugural California State Meet, placing 25th in the 100 fly and leading off Serra’s 200 free (17th place) and 400 free (11th place) relays. He had a breakthrough summer of 2017: he finaled in all three of his events (50/100 free and 100 fly) at Santa Clara Futures, going best times, and winning the 100 free.

Morrison will be joining Cornell’s team in the spring for the remainder of the season.

if he is a sophomore…. why was the entire article about his high school career?

He was at Futures this past summer according to the article, so maybe he started college young? Also I’m pretty sure he wasn’t swimming for Cal.

I have been going to Cal swim meets for years. Quite honestly, I have neither heard of him nor seen his name on the Men’s roster. Maybe he just took classes at Cal? This article seems more like he is Stanford connected than Cal. Really wish him well at Cornell.

Wonder why he did that. Academic, Ivy name, pool (definitely not)…

Cornell is among the best in everything else listed and more. While it is not a modern pool, there have been many fast times swam there.