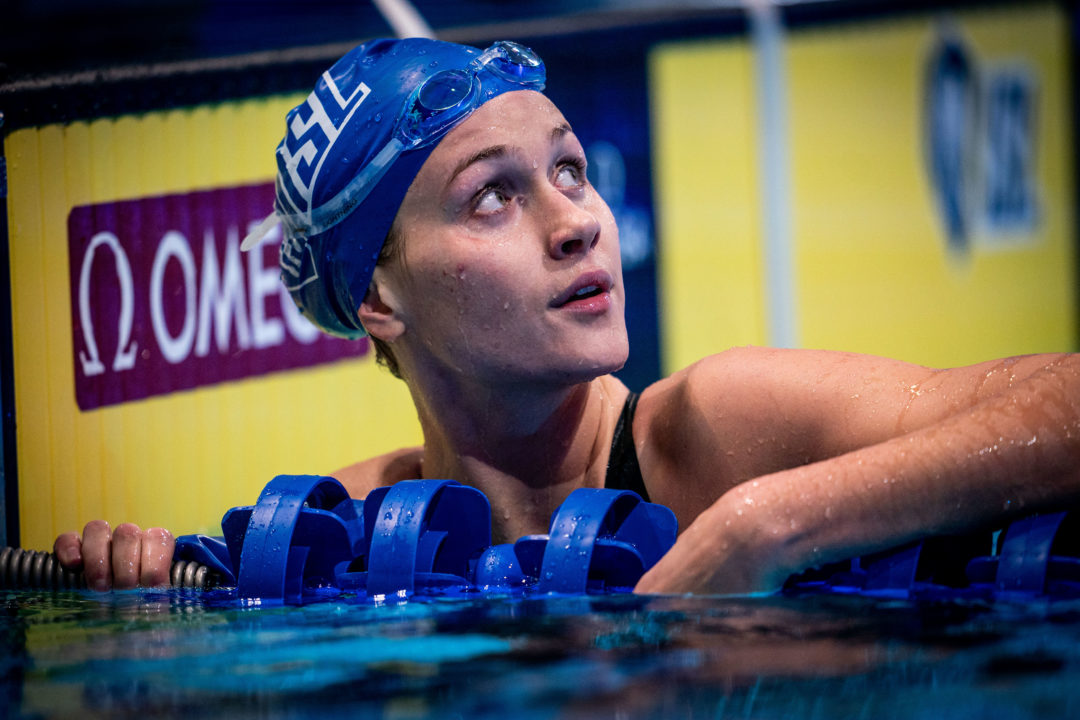 Despite being the reigning world champion in the women's 50 back, Cali has opted not to use Olivia Smoliga in the backstroke skins in Eindhoven. Archive photo via Mine Kasapoglu

The Cali Condors hold a 17-point edge on Energy Standard in the battle for first, while the DC Trident are up by 13 points on Iron in the race for third.

One of the more notable entries on Day 2 comes in the women’s backstroke skins, where the Cali Condors are opting to use Beata Nelson and Maaike de Waard and not Olivia Smoliga.

Smoliga is the reigning short course world champion in the women’s 50 backstroke, and won the event five times during Season 2, including in the ISL Final. However, she hasn’t been on the same form this season, with her fastest 50 back swim coming in at 26.40 from Match 6.

Smoliga also recently announced that she had moved to train with Bob Bowman in Arizona.

Nelson has been firing on all cylinders in 2021, proving to be one of the league’s top scorers, and she also won the backstroke skins back in Match 2.

de Waard, fresh off winning bronze in this event at last week’s European SC Championships, tied for the victory in yesterday’s individual 50 back in a time of 26.55, while Smoliga took fourth in 26.78.

When Nelson won the women’s backstroke skins in Match 2, Cali’s other entrant was Sherridon Dressel, who isn’t in the lineup for this match. Smoliga was not competing in that match.

Unlike Nelson and de Waard, Smoliga will be competing in the mixed 400 medley relay a few events prior to the skins, leading off one of Cali’s squads along with Lilly King, Jose Angel Martinez and Eddie Wang.