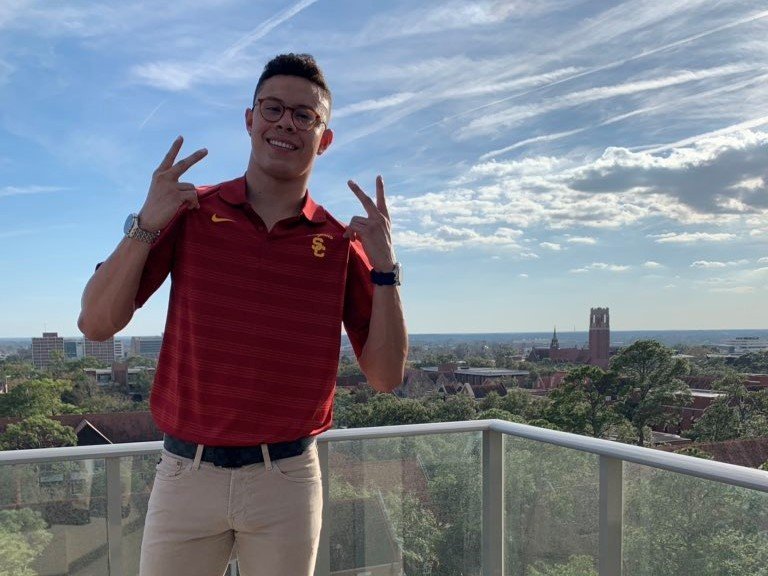 In February of 2019, Corredor announced that he would transfer from Florida to USC, but he never wound up swimming any meets for the Trojans' varsity squad.

Colombian National Team swimmer Santiago Corredor has returned to the NCAA Transfer Portal after spending a season at USC.

This will be Corredor’s 2nd transfer, after spending the first 2 years of his college career at the University of Florida. He never actually swam a meet for USC’s varsity program during his time there.

“I have re-entered due to financial complications at USC,” Corredor said. “I also have (COVID-19) at the moment, which is unfortunate, but I know I’ll come out of this stronger than ever.

“I wish (USC head coach) Jeremy (Kipp) and his team the best and I’m extremely sad I have to leave, but life works in mysterious ways sometimes.”

Corredor says that he is back home training in Florida. A dual citizen, Corredor attended Bishop Verot High School, where he was a 6-time Florida High School State Champion, winning 3-straight titles in the 500, another in the 200 IM, and one in the 200 free as well. He also trained with Swim Florida under coach Mac Kennedy.

He hopes to start in the sprint semester of the 2020-2021 season, but that he understands the financial pressures caused by the pandemic, so may wind up starting in the fall instead.

In yards, most of Corredor’s best times in his primary events are still from his freshman season at Florida, though he has dropped time in a handful of secondary events since then. Most of his focus during that time has been on long course racing, though, as the 2018 SEC Championships were his last big short course championship.

In long course, the Colombian National Teamer has times in the 200 and 400 free that are under the Olympic “B” selection standard, but both were done in 2018, prior to the opening of the qualification period. In other races, including the 200 IM, he’s continued to drop time and approach the FINA-set Olympic standards.

best of luck. Sad to get COVID.
is there a limit on how many times one can transfer in their career?