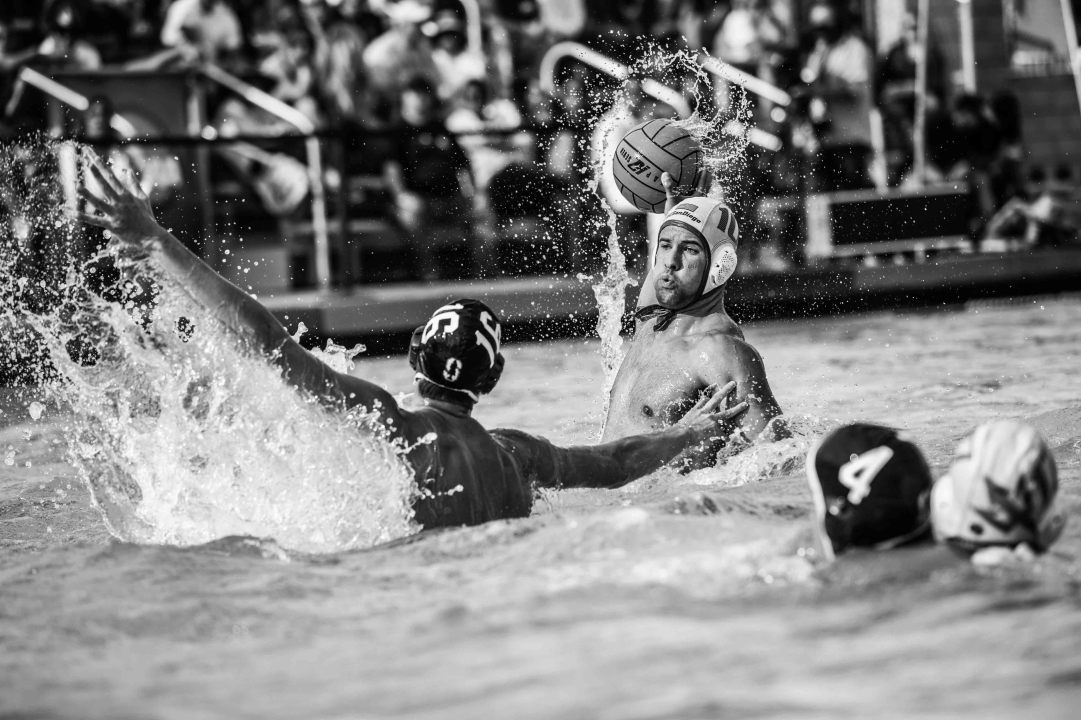 Why is it that swimmers love playing water polo so much during practice? Stock photo via Mike Lewis/Ola Vista Photography

Back story time: When I was in high school, a group of us on my club team liked to play water polo so much that we would meet up on Saturday nights in the summer and play for hours even after a ten practice week. We would even go to the pool at 6 am during our two week off season just to play a little. I should mention that while I say we were playing water polo; it was far from legal water polo. We played full contact, the only rule is to not drown each other. We would stand two yellow kickboards against each other to make our little goals until one of my friends and his Dad made a set of homemade goals for us to use. During the season, it didn’t happen very often but when it did, we loved it.

I wanted to see what it is exactly about water polo that made most of us like it so much. Is there something more to water polo than just getting to play a fun game? So, I did some very scientific research (aka an Instagram story post) to hear from some of my swim friends about their thoughts on water polo.

One of the most popular responses when I asked why people loved playing water polo during swim practice was… *drum roll please*… because they didn’t actually have to swim laps. I know this must really come as a shock to some of you. Sometimes swimmers just need a little break from the constant back and forth up and down the pool. Water polo is such a fun break from the monotony. But please, let the monotony be the only thing you break while playing water polo. One time in high school we were playing a game, and one of the guys walked away with a broken nose. We didn’t play for a while after that…

You know how swimming can sometimes feel like an individual sport? I will be the first to tell you that it’s a team sport, but some days lap after lap after lap you feel like it’s just you. It’s just you and the black line at the bottom of the pool. Playing a game of water polo changes that immediately. Suddenly you’re playing on a team, and it is clear that one team will come out on top. This is the one time you get to be on a team bigger than a four-person relay team and it is awesome.

At some point in any swimmer’s career they will get to play water polo at swim practice. It may only be once per year, but it will be so fun when it finally happens. Maybe some swimmers only like it because it will get them out of swim practice, but if you’re anything like me, I looked forward to it all season.

Water polo is a brutal sport, aka underwater MMA. As a swimmer who made his way to the pool because he sucked at any sport involving throwing or catching things, I never saw the attraction of water polo. Give me the orderliness and non-combativeness of a good set of 400 IMs or 1000s any day over that punch & kick fest disguised as a game.