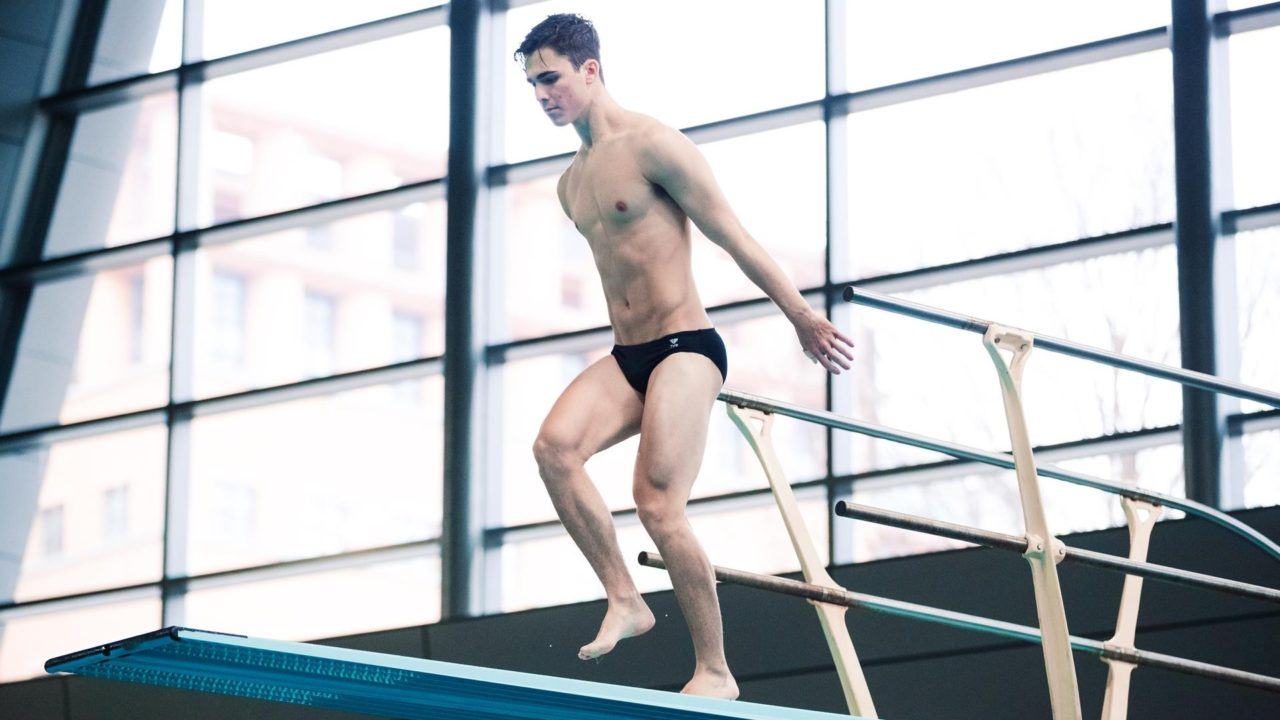 The American Athletic Conference handed out its weekly awards on Tuesday with University of Cincinnati swimmers and divers taking all four honors. Current photo via Cincinnati Athletics

PROVIDENCE, R.I. – The American Athletic Conference has announced the final January winners of the league’s men’s and women’s swimming and diving weekly honors.

Polling won each of his four individual events through two dual meets over the weekend and swam as part of the 200 medley and 200 freestyle relay teams. Cincinnati defeated Kenyon College, 142-101 on the road Friday and fell to Northwestern 172.5-127.5 on Saturday. Polling won the 200 IM at each meet, placing first against the Lords with his time of 1:50.81 and clocked a time of 1:50.87 against the Wildcats. He also won the 100 and 200 breaststrokes against Northwestern. His time of 55.43 in the 100 breaststroke was a season-best mark. Polling is the conference’s leader in the 200 IM, having recorded a NCAA B-Cut time earlier this season in that event. He also owns a 200 breaststroke B-Cut mark this year.

Laabs went undefeated, winning three individual distance events through the Bearcats’ pair of dual meets over the weekend. She started off the week winning the 1000 freestyle with her time of 10:13.69 in a 156-87 victory at Kenyon College. She then placed first and bettered her 1000 freestyle time (10:09.99) against Northwestern, while also winning the 500 freestyle (4:59.56) on Saturday. Laabs ranks third in The American in both of these events this season.

Hunt picks up his second American Athletic Conference weekly diving honor after earning his first of the season in October. The senior diver scored 281.50 to lead the Bearcats against Northwestern on Saturday in the 3-meter dive and recorded a score of 239.55 in the 1-meter dive. Hunt ranks in the conference’s top five in both of these events this season.

Schuermann earns her second-straight and third overall American weekly diving accolade this season after recording four podium finishes through Cincinnati’s two dual meets over the weekend. Schuermann’s top dives this week came on Friday, as the junior swept the diving events in a win over Kenyon College, scoring 286.50 in the 1-meter and 278.40 in the 3-meter. Schuermann, who has already met the NCAA Zone Diving standards in each of these events this year, met the qualifying standards once again with her 1-meter score. Schuermann placed second in the 1-meter (266.20) and third in the 3-meter (268.20) against Northwestern on Saturday.