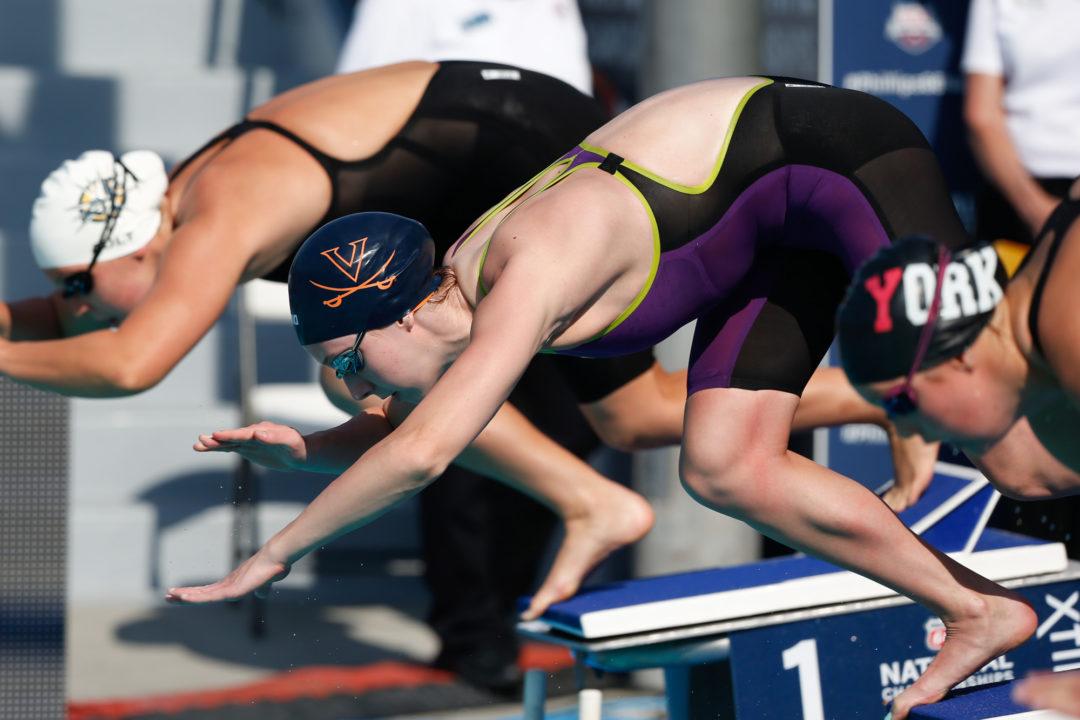 Claire Curzan was already the best butterflyer and freestyler in 15-16 age group history. But in December, she also became one of the best backstrokers.

It was a busy month of January for Virginia sophomore Paige Madden.

Chronologically, Madden’s month looks like this: on January 11, she and the Cavs took on Tennessee in a battle between last year’s 7th (Tennessee) and 9th (Virginia) place teams at NCAAs. Madden came up big with two huge wins. She was 1:46.09 in the 200 free (besting Tennessee’s best swimmer, Erika Brown) and 4:45.59 in the 500 free. At the time, both swims ranked #1 in the nation for the month.

Then, two weeks later, her Cavaliers made a swing through North Carolina. On Friday night, she went 1:56.39 in the 200 back and split 50.08 anchoring a 400 medley relay in a dominating win against UNC. That 200 back still sits 14th in the nation this month.

The next day was the true showdown, with Virginia taking on bitter ACC rival NC State. Madden won the 1000 free (9:50.61 and ranking 10th in the nation this month) and 200 free (1:46.29) in tight races with NC State swimmers – and those two events took place back-to-back, with only the men’s 1000 free (roughly 10 minutes) in between. Those two swims flipped a 13-4 NC State lead after the medley relay to a 29-26 NC State lead after the 200 free. Virginia wouldn’t ultimately overcome the deficit, but Madden did return to win the 500 free in 4:44.21, blowing out the field by five seconds and ranking #1 in the nation for the month of January.

Paige is amazing! Well deserved!
Virginia’s Vital & Versatile…can’t wait to see what she does at ACC’s..

That double of 1000 and 200 vs NCSt was DIRTY. She built the lead in the 1000 and looked like she backed off to save something for the 200, so I bet she could have been a lot faster in that 1000 if she wanted. That was only about 11-12 minutes of rest between those events, and if you watched her 200, she went out after it and did not fade AT ALL. She led from the start of the race. DIRTY!!