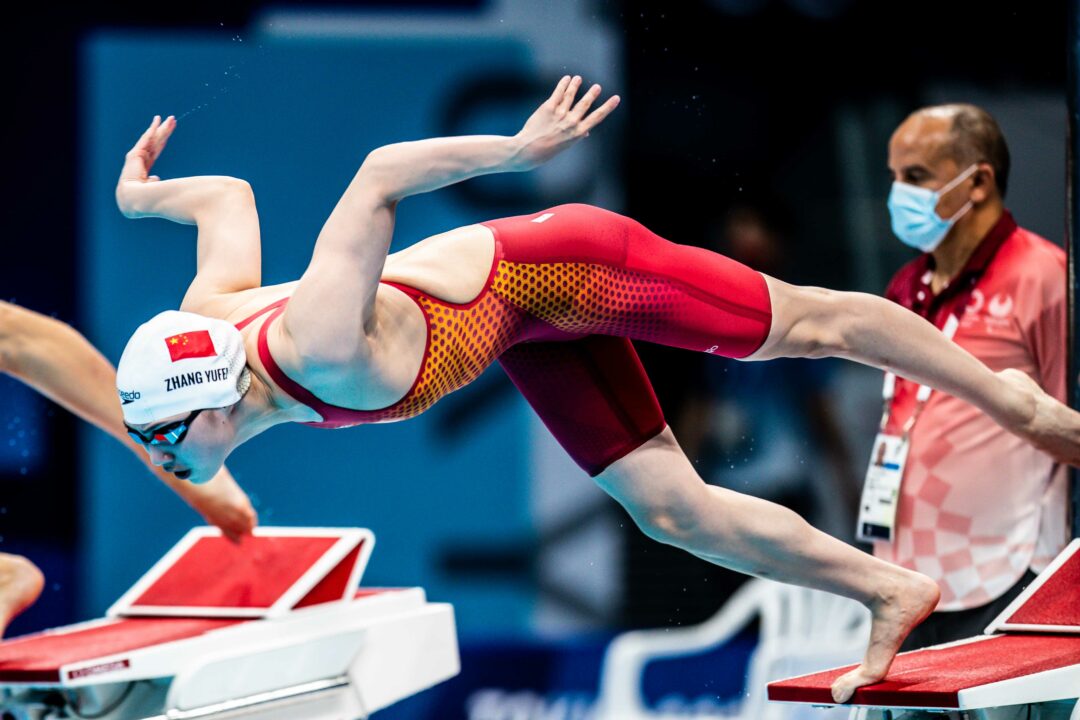 Despite finishing off the medal stand in the women’s 4×50 free relay, the Chinese quartet of Cheng Yujie, Zhang Yufei, Zhu Mengui and Wu Qingfeng shattered the Asian record with a 1:35.00, just .11 behind The Netherlands, who won the bronze medal. The previous record was Japan’s 1:37.35, which was set at the 2018 Short Course World Championships.

The Chinese squad was dominant, posting faster splits on all three legs than Japan’s 2018, including three 23 second splits while the Japanese had no swimmers split under 24. The stand out split is Zhang Yufei‘s 23.12 second leg, which was the second fastest split in the field after World Record holder Ranomi Kromowidjojo‘s 22.88 anchor for the Netherlands.

Yufei’s split is also notable in that she mysteriously scratched from the semifinals of the women’s 100 fly last night after qualifying third out of the prelims. SwimSwam was unable to confirm a reason for the 100 fly scratch, though she clearly was still in top form with her blazing split on this relay. Yufei was one of China’s stars at last summer’s Tokyo Olympic Games, winning four medals, including gold in the 200 fly and 4×200 free relay. She also won the 200 fly at these championships, winning in 2:03.01.

CCTV just reported that Zhang Yufei withdrew because she was feeling fatigued.