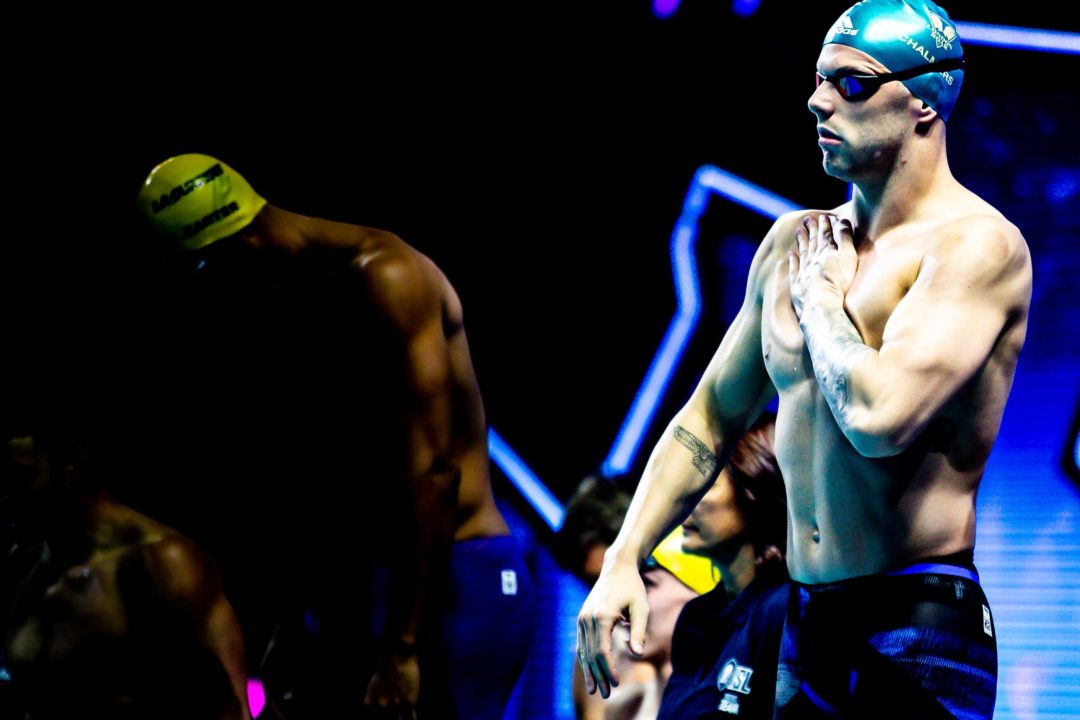 Olympic champion Kyle Chalmers is back in a big way, racing in his first meet after having had shoulder surgery last November. Archive photo via Jack Spitser/Spitser Photography

Yesterday we reported how 22-year-old reigning Olympic gold medalist Kyle Chalmers was set to race his signature event of the men’s 100m freestyle, marking his first competition back since shoulder surgery.

Chalmers was originally listed as the lead-off of his Marion Swimming Club’s men’s 4x100m free relay, but he wound up diving in for the 2nd leg on night 2 of the 2021 South Aussie State Open Championships.

The man wasted no time getting back into his groove, putting up a super solid split of 48.55, easily the fastest leg of the entire field.

Chalmers, along with Gabriel Lim, Clancy Luscombe and Joshua Palmer collectively clocked a time of 3:24.25 in the race to take the gold. The foursome was all over the board on the age spectrum, with Lim listed at 17, Luscombe at 15 and Palmer as the eldest at 29.

Reflecting on his efforts, Chalmers stated post-race, “8 weeks post-operation, 6 weeks of training, 48.5 seconds of racing! God, it feels good to be back racing and competing in the sport I love!”

Chalmers last raced at the 2020 Division 1 Meet in South Australia where he produced a SCM 100 freestyle time of 48.33. He is Australia’s 3rd fastest 100m freestyler of all-time, owning a lifetime best of 47.08 from his silver medal-earning performance at the 2019 FINA World Championships behind winner Caeleb Dressel of the United States.

So much natural talent

Man is an absolute unit. I’m always so impressed with him.

He is also a good sport, he was genuinely happy for Caeleb Dressel at Worlds 2019 & raised his arm up in celebration. https://www.youtube.com/watch?v=7tudN0tDzlE Makes him all the more impressive.