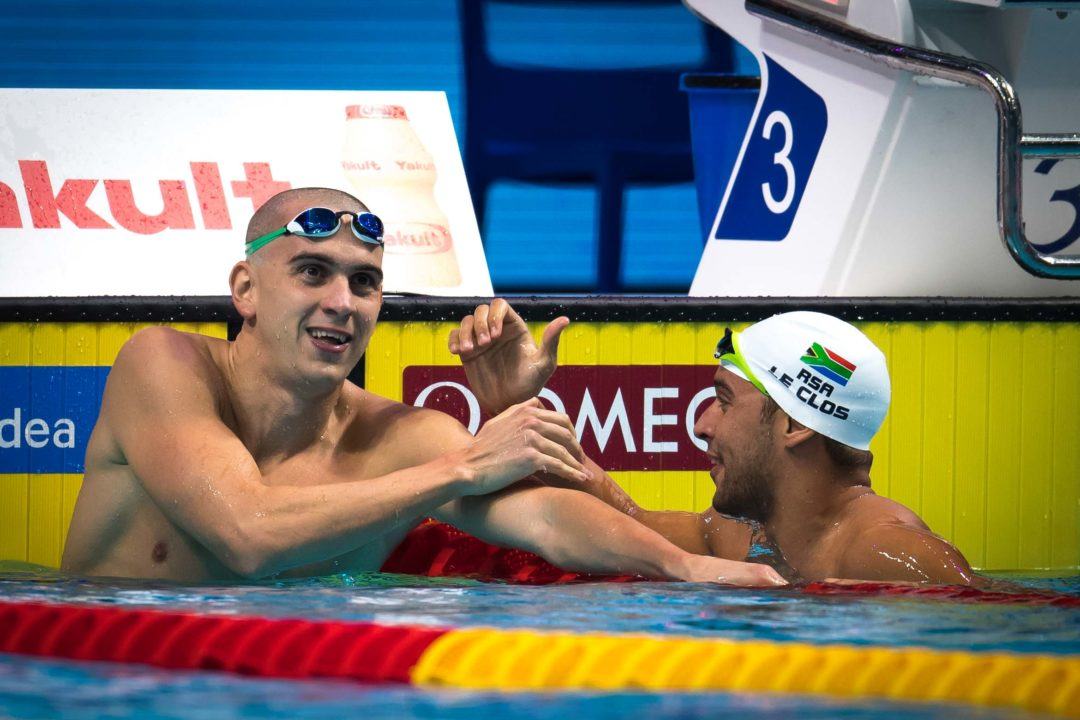 Both swimmers cruised to 24-highs in the 50 fly on Saturday morning in prelims, with Cseh also swimming a 2:02.50 in the 200 IM in Saturday’s prelims.

Chad Le Clos not veteran. He only 26 years old. Cech is veteran swimmer and 32 years old.

they can both be considered veteran’s in their own right Kristiina, it is relative term not based on age but experience if not results.

How is this guy not a vet? He’s probably the 2nd greatest butterflier of all time.

Across all distances and all courses, he’s the greatest butterflier of all time. He could swim a 50 fly. Phelps couldn’t.

It’s not that Phelps couldn’t, but that his training regimen (400 im) wasn’t optimal for that. Another thing is, he never chose to swim it at big meets. But his world record split goes out in 23.3. With Chad, notice he is only 50 mid or 1:53 at one time. Never both at once.

A no-breath (or 1 breath) 50 fly is a completely different skill than a breathe every stroke up to the last stroke flyer like Phelps. It’s why Michael Andrew can be world class as a no-breath 50 freestyler, but can’t do a breathe every cycle 100 free. Phelps’ 23.3 in a rubber suit is not all that fast, considering Cavic, who was a legit 50 flyer, was half a body length ahead at the time.

26 is not a young age for swimmers.

26 is relatively old in swimming years.

That’s pretty impressive for Cseh, considering he is 40 years old.

Just seems that way. Happens when you medal in an Olympics at age 18 and hang around to 32.