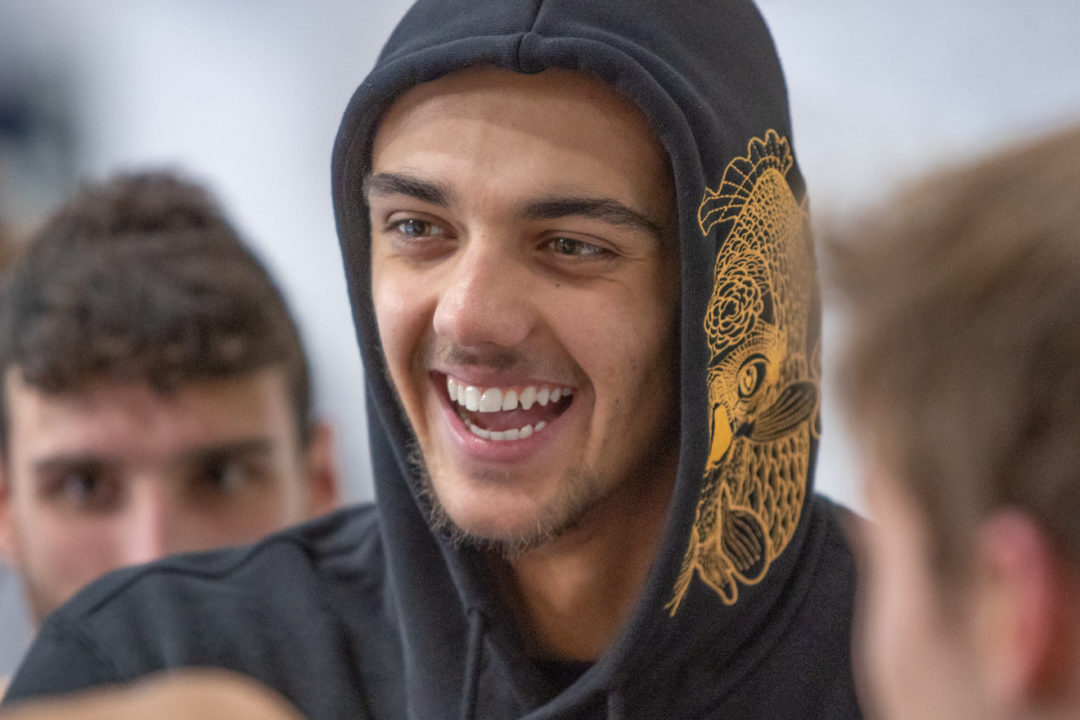 No additional names were added to the Italian Olympic roster, although teenager Thomas Ceccon did nail a new national mark in the cadet category. Archive photo via “Rafael/Domeyko Photography”

No additional names were added to the Italian Olympic roster for the postponed Games set for July 2021, although teenager Thomas Ceccon did nail a new national mark in the cadet category.

Competing on day 3 of the 2020 Italian championships, 19-year-old Ceccon ripped a winning time of 23.22 to take the men’s 50m fly title by half a second. The next closest swimmer tonight was national record holder Piero Codia who clocked a time of 23.73 for runner-up.

Ceccon’s previous personal best and Italian cadet record stood at the 23.29 he produced just this past August. Tonight in Riccione, however, Ceccon’s 23.22 fell just .01 outside of Codia’s senior record that has been on the books since 2013.

Ceccon was the multi-2018 Youth Olympic Games medalist who already hit a new Italian senior record in the men’s 100m back on day 1 of this competition.

His time of 52.84 in that event rendered Ceccon as the first Italian to do under 53 seconds in the 1back event, while his historic outing also qualified him for next year’s Games.

The World Record is 22.27, almost a full second faster.

I thought It was backstroke…