Cate Campbell “Just Trying to Wake Up” for Prelims 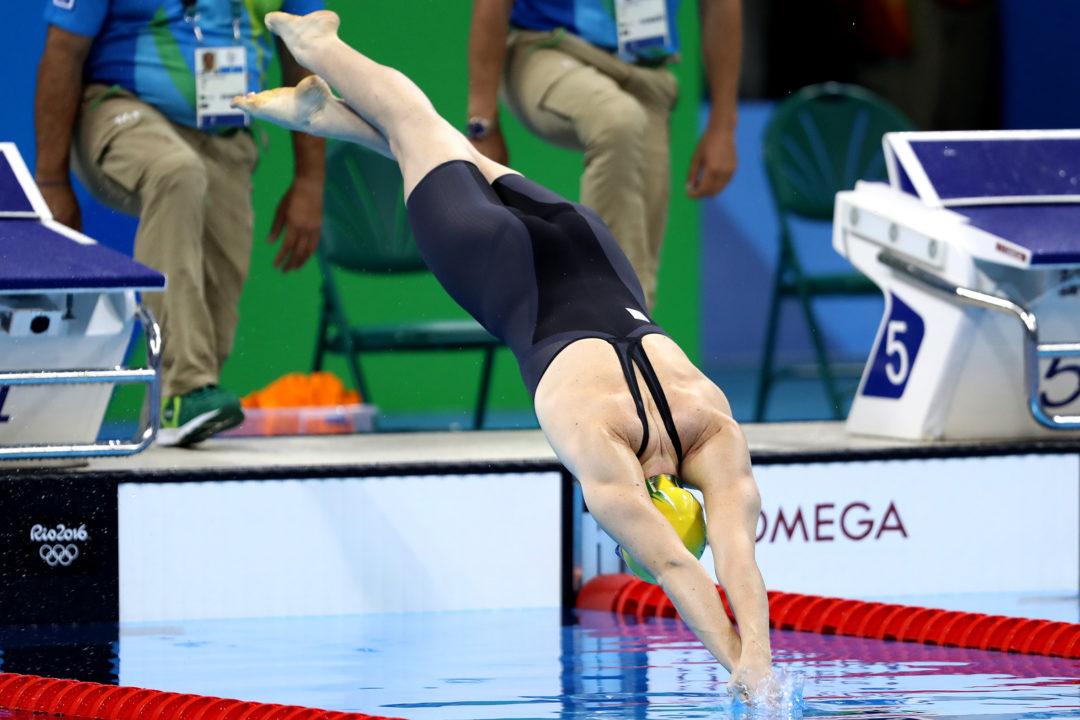 Australian sprint sisters Cate and Bronte Campbell spoke with the media after prelims today, as Cate talked about the late start times for prelims... Current photo via Simone Castrovillari

Australian sprint sisters Cate and Bronte Campbell spoke with the media after prelims today, as Cate talked about the late start times for prelims and finals and Bronte spoke of the fast swimming we’ve been seeing in the morning.

Cate was quoted on the start times in Rio, which can be rough after late nights during finals. She was also happy that she got through her first prelims swim.

“Just trying to wake up to be honest. It’s still a little weird. We were getting up and it was like 10.00 in the morning, bleary eyed and there were people out there already running or coming back from their workout and you’re like ‘ugh’. So yeah, just trying to wake up. You’re always a little bit nervous for your first swim so I’m really glad that that’s out of the way.”

People comment on her slow turnover during the quickest sprint races, and Cate put that into perspective:

“It never feels as effortless as it looks to be honest. I’m one of those really frustrating swimmers that you’re like ‘come on. You look like you’re not trying,’ and on the inside I’m like ‘I am trying really hard’.”

Bronte spoke about the differences between her’s and Cate’s racing style.

“(I’m) possibly a bit more measured than Cate. Cate’s a fantastic swimmer. That’s how she races well, by racing herself, whereas I tend to build into it a little more.”

Additionally, Bronte talked about how her strong finish in the 100 free prelims this morning.

“With about 10 to go I saw I was a bit behind so I just turned it on for the last bit. I just wanted to make sure that you’re safe through. I mean we had Nathan almost miss his semifinal yesterday so you just got to be quick. It’s an Olympics. Everyone’s swimming fast.”

When Bronte says Nathan, of course, she’s referring to American sprinter Nathan Adrian. The defending Olympic Champion breezed through his race in prelims, but it nearly cost him a spot in the semifinals. During the semis, though, he blasted a sub-48 swim to secure a spot in the finals.

Both Campbell sisters are set to swim the 100 free semifinals tonight– Cate is the gold medal favorite, while Bronte is certainly a main contender for a medal as well.