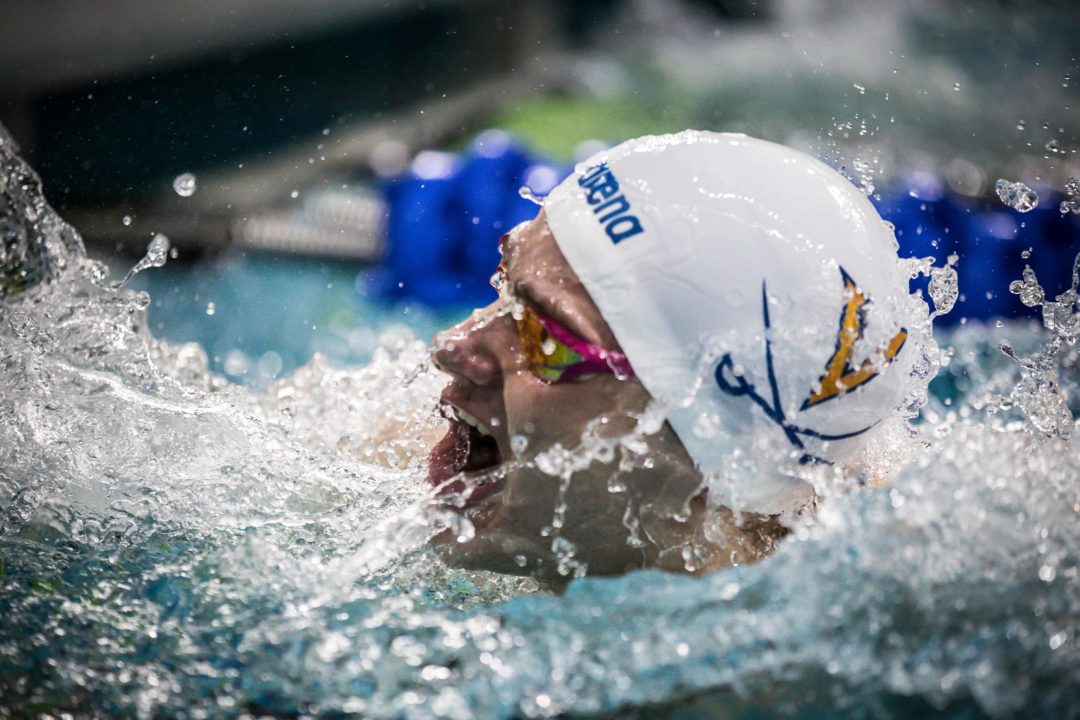 The UVA men, along with other elite collegiate athletes, dominated the men's events – whereas the women's events were largely won by age groupers. Archive photo via Jack Spitser/Spitser Photography

After winning the men’s 100 breast last night, soon-to-be University of Virginia sophomore Casey Storch placed first in both of his individual events on the third and final night of the 2019 NCAP Spring Invitational.

Storch, who previously was a Machine Aquatics age group star, competed in both the men’s 200 breast and the 200 IM while representing Cavalier Aquatics. In the former, Storch stopped the clock at 2:20.50 to touch well ahead of 16-year-old Aidan Duffy from Nova of Virginia, who finished in a time of 2:24.75. In the latter, Storch battled with Duffy’s one year older teammate Hunter Locher all the way through the final lap. The final 50 saw Storch pull away, however, and the two recorded times of 2:07.63 and 2:08.66, respectively.

Despite the presence of many collegiate athletes, especially from UVA, the 200 breaststroke was the only women’s event that wasn’t won by an age grouper.

Zoe Dixon swims for NOVA and not NCAP