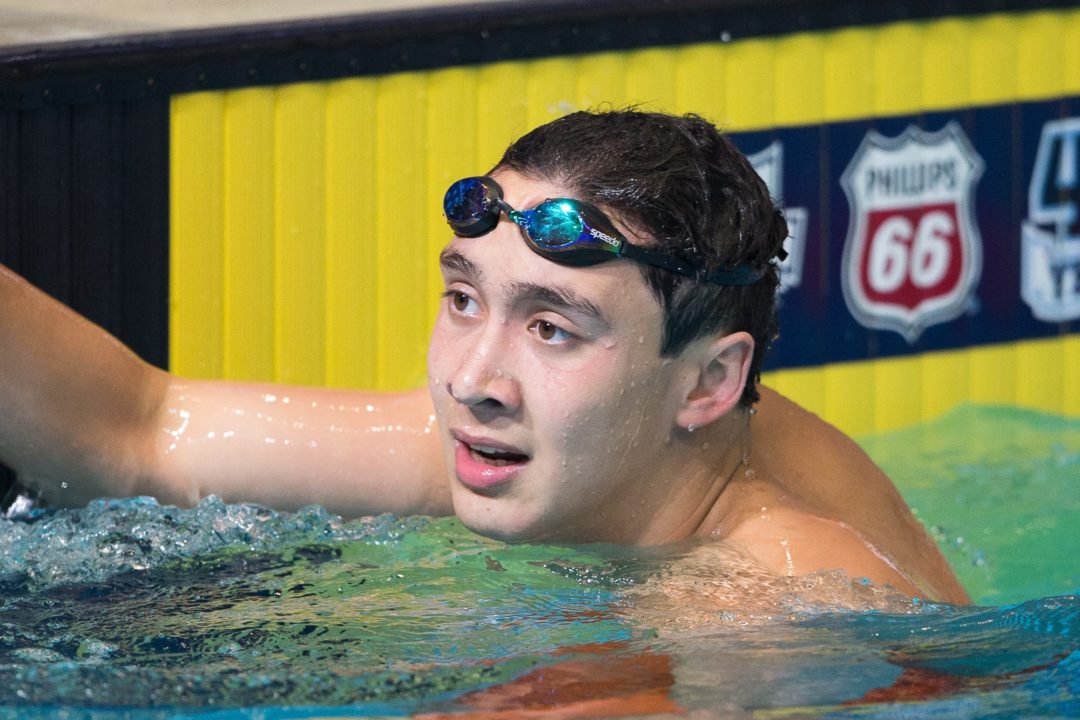 Carsten Vissering of the USC Trojans split a 22.58 breaststroke leg to power his team to win in the 200 medley relay tonight at the 2018 NCAA Men’s Swimming & Diving Championships.  While there no official relay split records, that time by Vissering appears to be the fastest mark ever.  Previously, the fastest split belonged to Cal Bear Chuck Katis, who split a 22.64 in prelims back in 2015.  Cal would go on to win that event that evening, with Katis splitting a 22.79.

Vissering timed his start perfectly, with his 0.05 reaction time making for an awfully tight exchange, but USC needed every hundredth of a second, as their winning time of 1:21.82 was just barely faster than Cal’s 2nd place time of 1:21.88.

Peter John Stevens of Tennessee (22.96) and Ian Finnerty of Indiana (22.97) were the other two breaststrokers to record sub-23 splits tonight.  Neither split was surprising, as Stevens may have more 22-something relay splits than anyone else in history, while Finnerty went out at 23.1 earlier tonight en route to the fastest time ever in the 100 breast.

It was a great race, was there live…Carsten is a great young man and a friend of the family…Great Race

So we’re just going to ignore a .05 relay start? That seems insane.

I mean, Townley Haas almost dqed his relay twice when he had a -.03 reaction. The early start is -.04

Vissering and Katis, both from Nation’s Capital!

Nation’s capital is being represented outstandingly at this meet Pomajevich, Seliskar, vissering, Shebat and many more I’m sure are swimming exceptionally, reminiscent of all the Bolles swimmers killing it in 2016, and 2017

Grayson Campbell is also representing the Northern Virginia area as part of Texas’s diving contingent. Pomajevich, Shebat, and Campbell all competed at the same VHSL 2015 6a State Meet. James Jones (20.2 fly split on the medley relay final) as part of the Michigan NCAA team, and James Murphy as part of the Stanford NCAA team were also at that meet