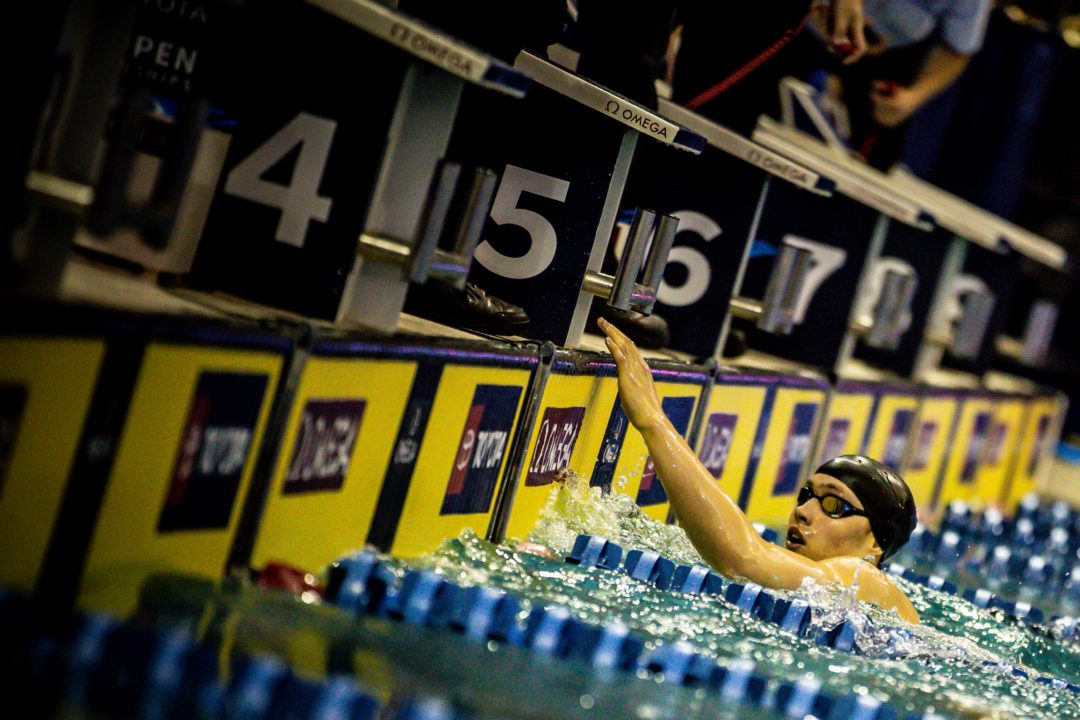 On the heels of a pair of 1:58s in the 200 IM, Carson Foster finished off the Mako Senior Meet with a 1:48.98 win in the 200 free. Archive photo via Jack Spitser/Spitser Photography

The 18-year-old Foster is a high school senior, Texas signee, and Olympic hopeful tuning up for this summer’s Olympic Trials. The Mason Manta Rays swimmer spent the past two days working on a prelims-semifinals-finals simulation in the 200 IM, which is probably his event with the best shot at an individual Olympic berth. The 200 free, on the other hand, might actually be Foster’s best shot at making the Olympics, given that Team USA will likely select six athletes to fill out its 4×200 free relay, compared to just the top two finishers in all individual events.

Foster went a lifetime-best 1:47.47 in the 200 free at World Juniors last summer, and was 1:47.7 in-season just two months ago at the Knoxville Pro Swim Series. His 1:48.98 from this weekend ranks up there with Foster’s best in-season swims in previous years. He sat 13th among Americans last summer in the 200 free, but a 1:46.1 split on the winning 4×200 free relay at World Juniors suggested Foster had room to move up from his best individual time.

Other event winners on day 4 of the Mako Senior Meet:

Is he tapered for this??

1. No one ever tapers

2. Everyone tapers for every meet they swim fast in

He was sporting a beard, but you probably couldn’t tell from more than 3 feet away cuz he is so baby-faced.

12
-4
Reply
Book it!
Reply to  Austinpoolboy

He always appears to be shaved. He doesn’t have much body hair…ever!

Yes because he is in high school….

Why you gotta go and make so much sense, KLORN8D?

No longer a HS senior as he has already graduated.