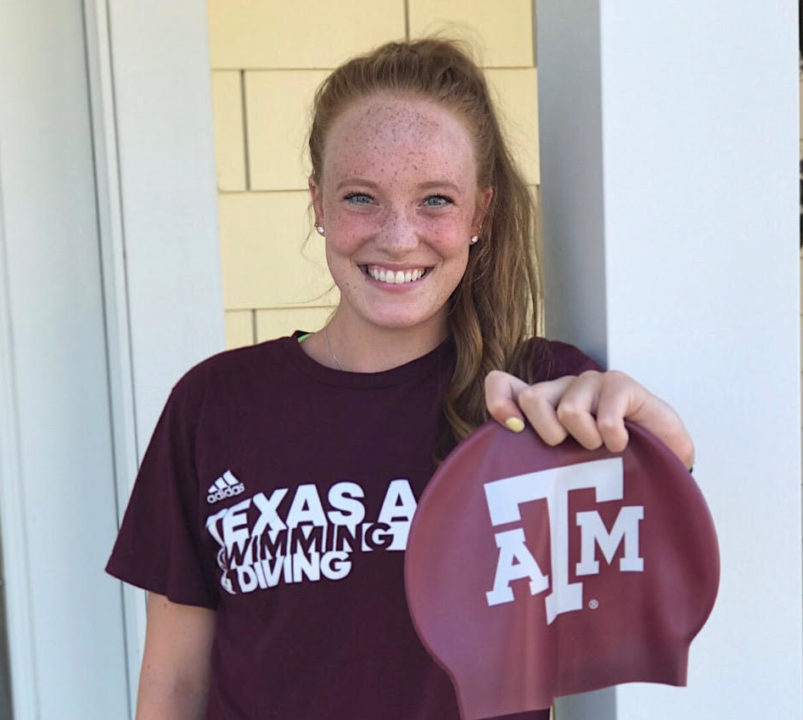 Texas A&M and SMU went head to head tonight in a one-day dual meet, hosted by Texas A&M. As several close races ensued, A&M ultimately came out on top, scoring a total of 172 points to SMU’s 125.

Texas A&M’s Chloe Stepanek also delivered two victories at tonight’s meet, notching victories in the 100 backstroke and the 500 freestyle. In the backstroke, her 54.63 allowed her to claim the win with a decent margin over second-place finisher and Texas A&M teammate Kara Eisenmann‘s 56.32. Abigail Ahrens made it an all-Aggie podium as she hit a 56.96 for bronze.

Following their tight loss to Texas A&M, SMU will have just one day before their next meet on Saturday where they will face off against Tulane. Like SMU, A&M will be back in action on Sunday when they will go up against LSU.

Saw this meet on ESPN + & loved❤️the outcome! Terrific swims by Caroline & the rest of the team!! It’s getting better & better all the time👍👍