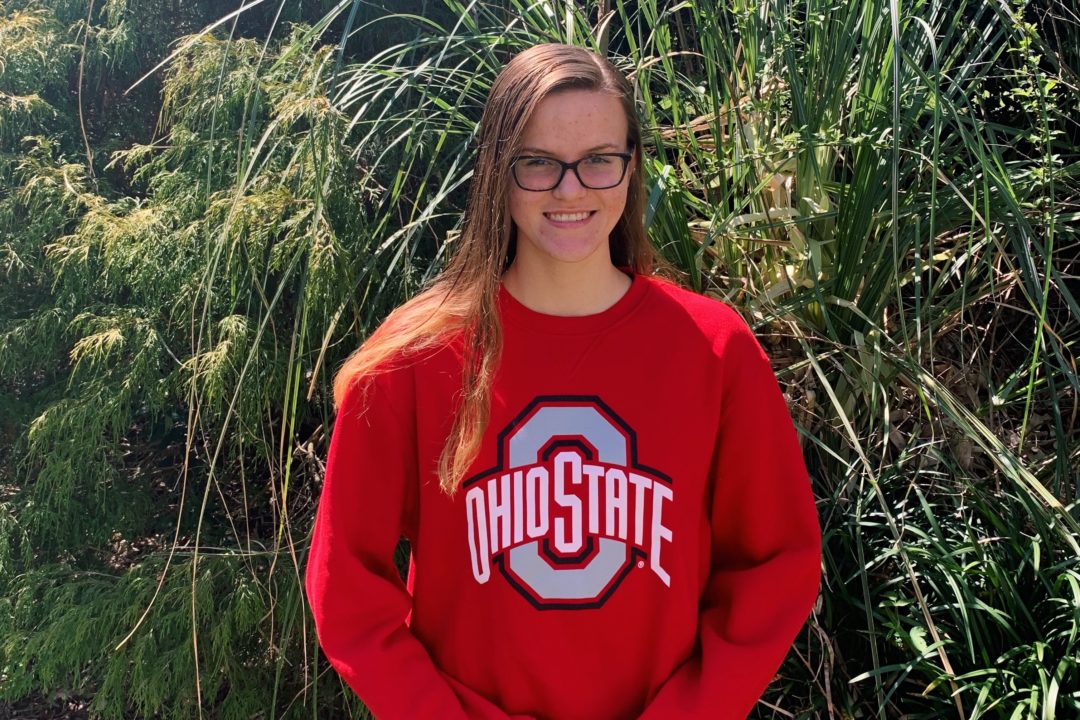 Ohio State commit Teresa Ivan had a standout meet at the SCSC LowCountry Showdown last weekend, coming out of the weekend with 5 victories and 1 best time. Archive photo via Teresa Ivan

Ohio State commit Teresa Ivan had a standout meet at the SCSC LowCountry Showdown last weekend, coming out of the weekend with a total of five victories and one personal best time.

14-year-old Lilla Bognar also had a good showing, picking up best times across a total of 4 events.

Bognar began the weekend by winning the 13-14 500 freestyle in a time of 5:03.27, which knocked over 7 seconds off of her best time. This put her over 20 seconds ahead of her closest opponent. In addition, her time would have narrowly placed 3rd overall in the 15& over age group.

Bognar’s final drop of the weekend came in the 200 breaststroke, where she crushed a time of 2:25.56 to knock almost 10 seconds off of her personal best. Impressively, she took out the first 100 faster than her time from the 100 breaststroke the night before, splitting 1:09.88.

The girl is hitting her stride this year! Keep it up Teresa!!